Three candidates speak to the public 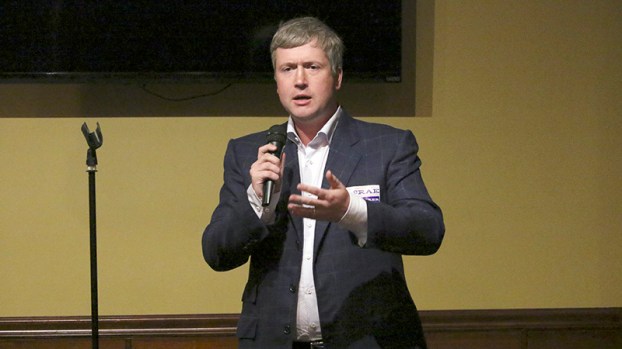 David McRae shares his promises should he be elected to the office of State Treasurer. Photo by Jeremy Pittari 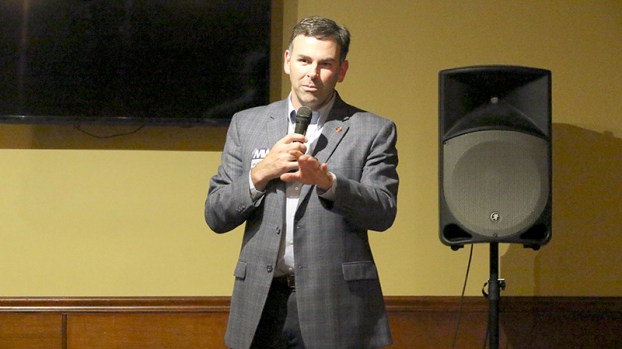 Michael Watson, a Republican candidate for the office of Secretary of State, addressed residents of Picayune during a meet and greet event held Thursday evening. Photo by Jeremy Pittari 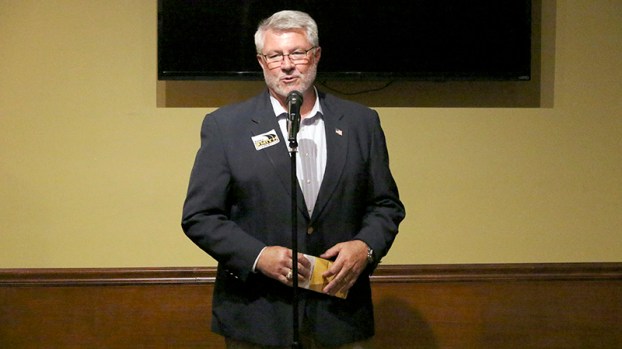 Tony Smith, who is running for Transportation Commission of the Southern District speaks about his campaign promises. Photo by Jeremy Pittari

Three candidates running for statewide offices under the Republican Party spoke to the public Thursday evening.

Each candidate had about 10 minutes to address the public and state their campaign stances.

Smith took the stage first, and covered his political background, which includes serving as a state senator in District 47. He is currently serving on the Board of Aldermen for the city of Poplarville.

If elected, he promises to address what he calls gross misspending by the Mississippi Department of Transportation. One of his complaints pertains to motorists driving by worksites only to see five employees standing around.

“I’m not going to bash them, because I think they’re doing what the leadership allows,” Smith said.

Another example of waste Smith said he would like to address is the spending of $40 million on outside engineering services last year when MDOT currently employs 300 engineers internally.

Locally, the project to widen Highway 11 has been reengineered four times to address drainage issues, Smith said. Each time the project employs engineering services, it costs the tax payers hundreds of thousands of dollars.

His promise is to streamline how MDOT operates; one of those methods entails focusing on maintaining the roads the state already has instead of building new ones.

“I think we need a common sense approach to this,” Smith said.

During McRae’s speech, he said his experience in the private sector as a financial advisor gives him a leg up to do the job of State Treasurer since he works with investments and bond credit ratings daily.

If elected, he promises to look at the state’s current investments to see if they make sense, run the office with efficiency and transparency so people under the PERS retirement program and college saving program can understand how their money is being managed and ensure that any company that receives economic incentive packages such as tax breaks are employing Mississippians and contributing to their respective community.

“They need to give back to the state,” McRae said.

He also promises to run the office as though it is a private business by putting customer service first. He said that no government employee should make a taxpayer feel as though they are a nuisance when they call for assistance.

Watson said his experience as a three term state senator gives him an inside view of the job of the Secretary of State.

He cautions all voters to check the background of every candidate running for a public office and ask them personally if they know what the job entails.

If elected, Watson promised to prevent illegal immigrants from being able to vote by doing a simple background check to ensure each registered voter is an American citizen. If a red flag is found, he said his office would ask that person to provide proof of citizenship before that person is added to the voter rolls.

He also promised to reduce restrictions on small business owners to help boost the economy.

As an example, Watson shared a story of a woman who wanted to open a hair braiding business in her home, but was told she needed a license to do so. After spending hundreds of hours receiving that license, she was finally able to open that business. When that same woman wanted to start training others to braid hair so she could expand her business, she was told she would need more than 3,000 hours of additional training.

That woman, Melony Armstrong, would win a lawsuit in 2004 against the state and the restrictions have since been relaxed, according to https://ij.org/case/armstrong-v-lunsford/.

Watson also addressed the current problem with long waits Mississippians have to endure to get or renew a driver’s license.

He proposes to move the state’s department of motor vehicles under the umbrella of the Secretary of State’s office and bring that department into the 21st century.

“Government shouldn’t treat you like a burden, you pay taxes and they work for you,” Watson said.