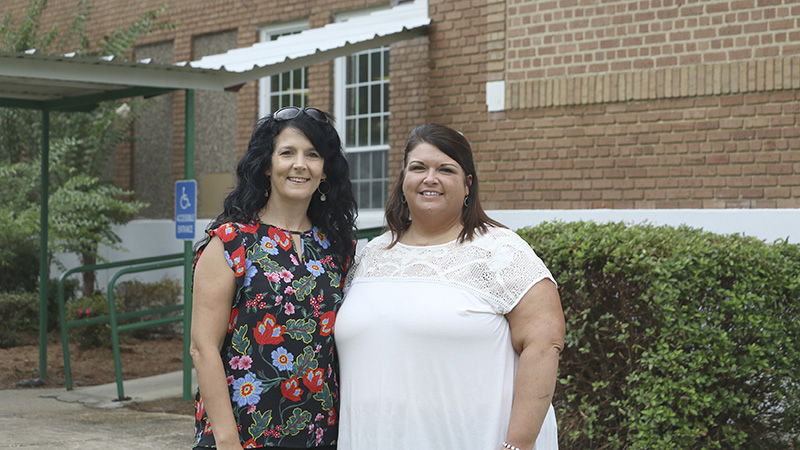 Two new administrative staff will take the helm at Poplarville Lower Elementary, and they are looking forward to their new responsibilities.

Sonya Garrett will bring 26 years of education experience to the office of principal at Poplarville Lower Elementary; joining her as the school’s assistant principal is Nicole McCardle, who has more than 13 years of experience in the Poplarville School District.

Both educators are natives of Poplarville and have worked in various roles within the Poplarville School District over the years. They also come from a long line of educators. Garrett said her mother, Glenda Malley, was principal of PLE  from 1990- 2002, and McCardle’s mother, Diane Herndon, was principal of the same school from 2006-2016.

Garrett previously held the position of assistant principal at the school for the past two years; before that she taught at the Middle School of Poplarville.

McCardle was a teacher at Poplarville Upper Elementary for 10 years before moving to the Lower Elementary three years ago.

Both educators partook in an online course through William Carey University to prepare for their new roles. The online course also included classes held at the Middle School of Poplarville campus.

One of the challenges Garrett and McCardle expect to overcome involves the ongoing teacher shortage. A shortage of qualified applicants means the school will go into the coming semester without an additional speech language pathologist. Garrett said the school has one such professional on staff, but a second one is needed. Both administrators are also on the lookout for quality teachers to make a difference in the lives of the campus’ 450 students.

Another focus during the coming year will be to meet the social and emotional learning needs of the District’s younger students. McCardle said teachers work to meet those needs by building classroom relationships.

Construction of additional playground equipment is also expected to take place this year, funded with a $50,000 grant from Blue Cross Blue Shield Foundation after the school was named the healthiest school last year.

The biggest change parents will notice when they go to the front office is that the staff who greet them has also changed. Parents will now be greeted by Angellé Naquin or Makayla Tynes at the front window.