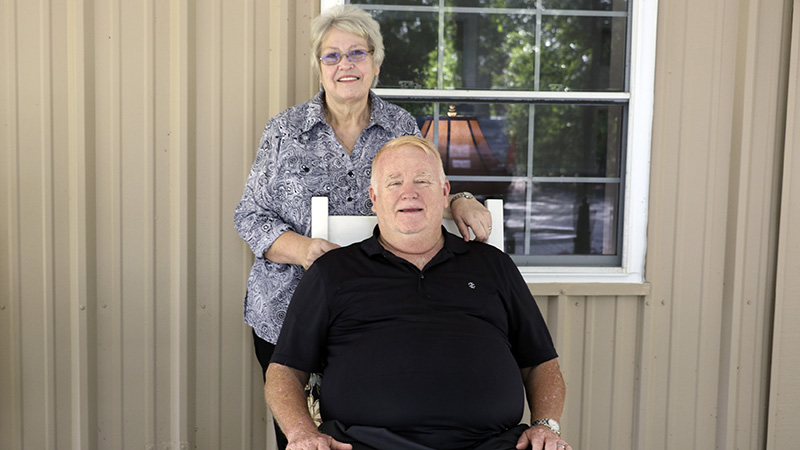 INDEPENDENT LIVING: Janie and Dr. David Myers are the new owners of an independent living facility in the south end of Pearl River County called Whispering Pines of Picayune. Photo by Jeremy Pittari

Down Cliff Mitchell Road is a new independent living retirement home featuring a number of amenities that is also affordable.

Whispering Pines of Picayune is a 24,000-square-foot facility that features 48 bedrooms with a maximum capacity of 60 residents. Owner and operator Dr. David Myers and his wife Janie, who was born and raised in the Crossroads community of Pearl River County, bought the business in January of this year after it sat dormant for the past six years.

Originally constructed in 1995 as an assisted living facility, the facility remained in operation until 2013, Myers said. Myers and his wife have owned and managed several other senior housing facilities in the Houston, Texas area, and when they were looking for an area to create an affordable care project, they came across the building they now own. After a complete 120-day renovation, the facility is now open and accepting residents.

The mix of private and semi private rooms are not only affordable, but allow the resident to bring their own furniture, which Myers says makes the transition easier.

Since Myers is an ordained minister, he conducts worship services in the facility’s chapel on Sundays. His wife plays music during the services.

Entertainers are brought in monthly to give the residents something new to do, and during meal time the television in the lobby is turned off and the juke box in the dining area is turned on, Myers said.

The facility also offers a courtyard with covered porch, an activity room and a salon.

Currently eight people are employed at Whispering Pines of Picayune, but Myers said that when the facility is at full capacity he will need a staff of between 16 to 20 people.

Whispering Pines of Picayune is located at 174 Cliff Mitchell Road and can be reached by calling 601-749-5555.