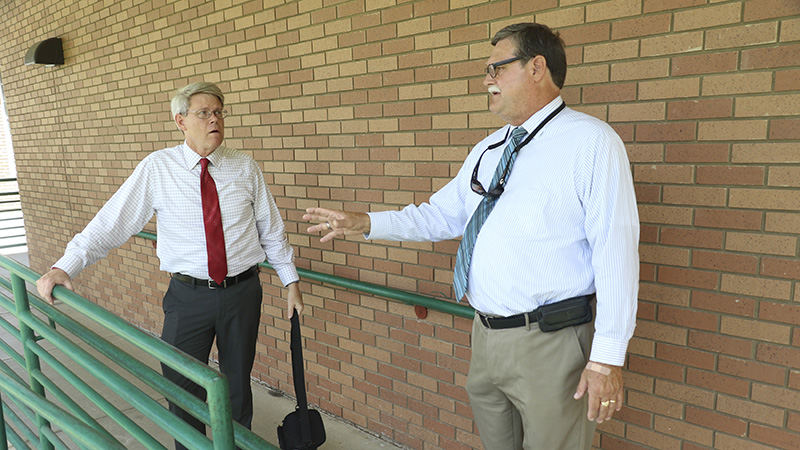 It’s a little known fact, but the spot where Poplarville Lower Elementary currently stands was the original location of what would later become William Carey University.

Poplarville School District Superintendent Carl Merritt said that discovery was made more than ten years ago when the District was making improvements to a section of the school that would provide an elevator and bathrooms near the school’s auditorium.

As crews began getting the foundation ready, they found a large hole near the site where the addition would be built, Merritt said. In that hole were concrete and wooden structures that appeared to have been scorched by fire, indicating that it was the basement to a prior structure that had been long forgotten after a fire destroyed it.

Poplarville Lower Elementary’s campus was later built on the site in 1922, Merritt said.