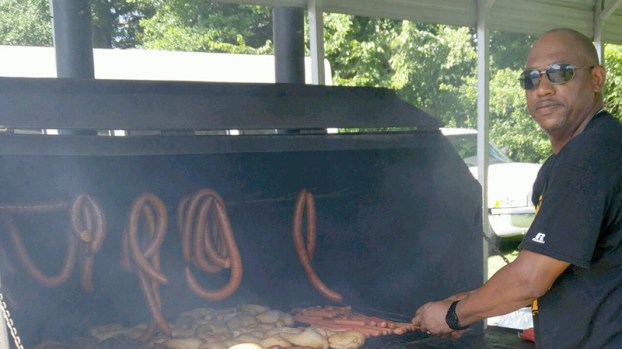 VOLUNTEERING: As a member of Bethleham Baptist Church, Donnell Spriggs has been known to lend his skills in cooking to church events. He said he also volunteers to drive the church bus when needed. Submitted photo 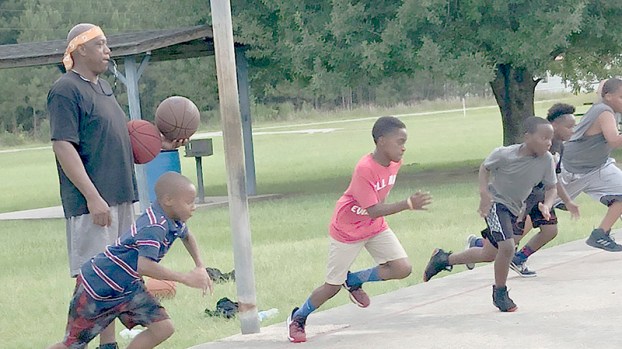 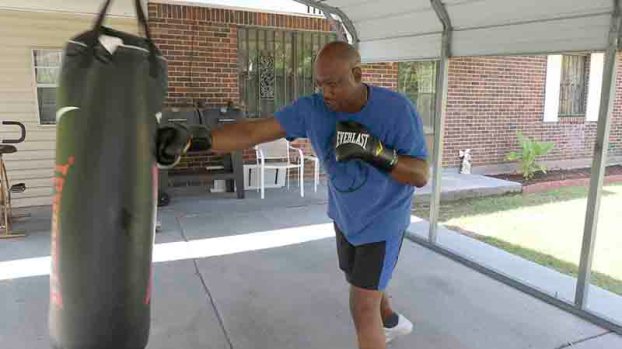 TRAINING GROUND: Donnell Spriggs demonstrates some of the moves he shows the children he coaches in boxing. Photo by Jeremy Pittari

Donnell Spriggs knows about being an athlete and about supporting his community through mentorships, coaching and helping his church.

From the time he was 8-years-old he competed in the boxing ring, later winning a national championship title at the age of 12 in 1986. He also played basketball for the Maroon Tide while attending Picayune Memorial High School, earning himself a scholarship to attend the University of Arkansas at Pine Bluff. His boxing career also brought about a nomination to compete in the Olympics in the 90s.

But for the past 20 years, he has been sharing his experiences with the youth of Picayune to help them achieve their athletic goals, or just succeed in life.

His inspiration to give back to the community came from the mentors he had as a child, which include Ben Taylor, Leslie Blakely, Fat Magee, Herbert Tyson and Dennis Woodson. In his youth, those coaches and mentors helped him succeed in his athletic endeavors and gave him confidence.

The lessons he gleaned from those community minded individuals are now shared with the current generation of children as he coaches and mentors them. Lessons can cover proper eating habits and effective exercise routines and also focus on strength, speed and agility training. His training sessions can take place at a local park or in the driveway of his home, where he set up a punching bag, exercise bike and simple obstacles for the children to practice their boxing moves. At the neighborhood basketball courts such as the one at Ben Taylor Park, he will run the children through basketball drills and cover the fundamentals.

As an active member of his church, Bethleham Baptist, he donates his time to cook food for functions, drive the church bus when needed and he also assisted with the five-year construction of the church’s new location, which officially opened earlier this month on Beech Street.

While he does take monetary compensation for his coaching, he said he will never turn a child away whose family can’t pay, especially those in single parent homes.

“As a child raised by a single parent, I know how bad it is for a single mother to pay for sports,” Spriggs said.

During his coaching sessions, he also helps them toughen up their minds so they can not only dream big, but reach their peak level of confidence and therefore lead a happy and healthy life, he said in a written statement.

Not every child he mentors intends to play sports. Some just need someone to show them how to lead a healthier life, lose weight and therefore gain confidence, while others are looking for a way to do something positive in their lives.