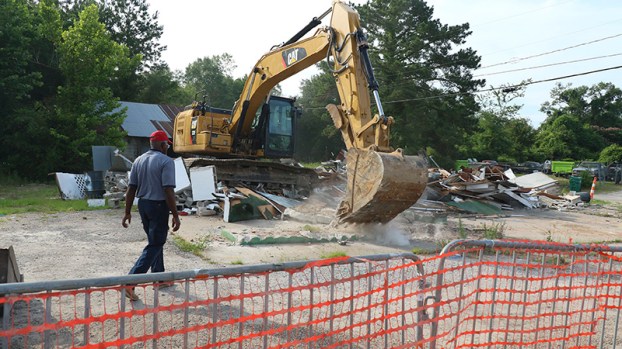 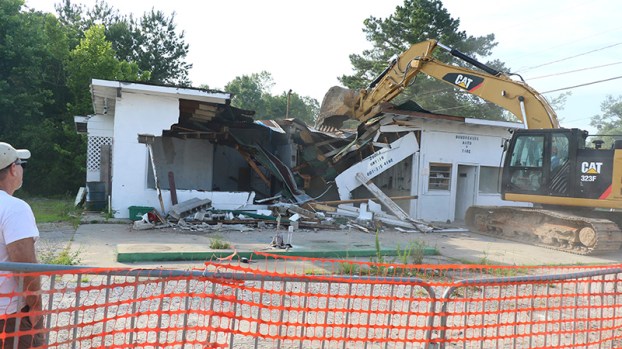 Early Friday morning, a crowd gathered next door to what was a used tire business located on Highway 11 in Picayune.

The crowd was not there to buy tires, but rather to watch the dilapidated business be demolished.

City of Picayune Code Enforcement Officer Tom Milar said the eyesore was added to the city’s cleanup list in September of last year because there were close to 1,000 used tires being stored in the business, among other issues. The business owner got rid of the tires, only to stockpile another 970 by the time Milar condemned the building this month due to its state of disrepair. When he called the property owners, who live in Florida, to alert them to the fact that the property was condemned and would be demolished, they said, “do what you got to do,” Milar said.

The city paid $3 per tire to have them removed from the property before the building was torn down Friday. Milar said the total bill just to have the tires removed was $2,910. That expense, combined with the cost to tear down and dispose of the building at Central Landfill in Millard, will be added to the property owner’s taxes as a lien.

Demolition of the building started promptly at 8 a.m., and in less than 10 minutes it was a pile of rubble, garnering cheers from the crowd that gathered next door.

Mike Muhoberac, owner of North 11 Diner, said he plans to speak with the property owners to see if he can use the now empty lot as parking for his business.