Two people shot while in car within Ponderosa subdivision 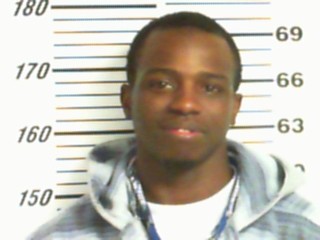 Two people were shot while traveling in their vehicle Tuesday afternoon, one of which is currently listed as being in critical condition.

Picayune Police Assistant Chief Dustin Moeller said that officers learned of the incident at 5:04 p.m. on Tuesday when a vehicle pulled up to the fire station located at 1700 Palestine Road with bullet damage. He said the windows had been busted out and there were signs of bullet holes on the vehicle.

Firefighters responded to find two occupants in the vehicle, a female driver and male passenger, had been shot. The male suffered several wounds to his abdomen region, while the female had been shot in the knee.

Investigation by police department investigators determined the vehicle and victims had been shot while at the intersection of Laura Drive and Shirley Drive in the Ponderosa subdivision.

The driver then fled the area toward the fire station to seek aid. After arriving at the hospital, the male victim was transported via helicopter to Forrest General Hospital where he was taken to surgery and last listed in critical condition. Moeller said the female victim is in stable condition.

An investigation to establish a motive for the shooting points to a prior domestic dispute, Moeller said.

Using information from the victims, the investigators identified the suspect as 34-year-old Christopher Allen Hargett of 214 A. Whitesand Road, Poplarville. A BOLO was issued for Hargett and at about 7 p.m. Tuesday deputies with the Pearl River County Sheriff’s Department went to his home where he was arrested for two counts of attempted murder, Moeller said. Hargett was subsequently booked into the jail at Picayune’s Criminal Justice Center.

Moeller said he would like to thank the Sheriff’s Department for providing assistance in this case.