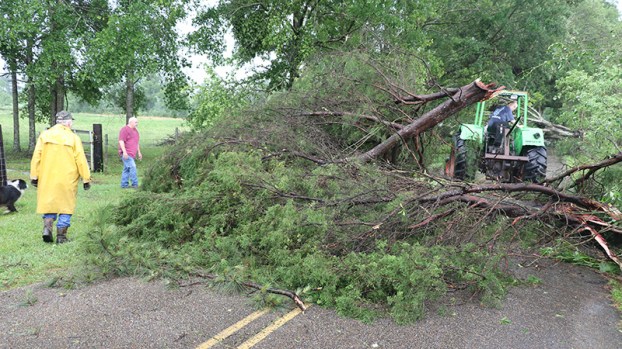 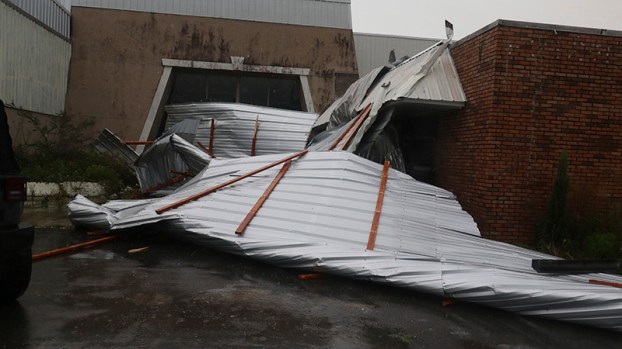 This metal roofing was torn from the top of a building and deposited at the entrance of the old Mississippi Mall. Photo by Jeremy Pittari 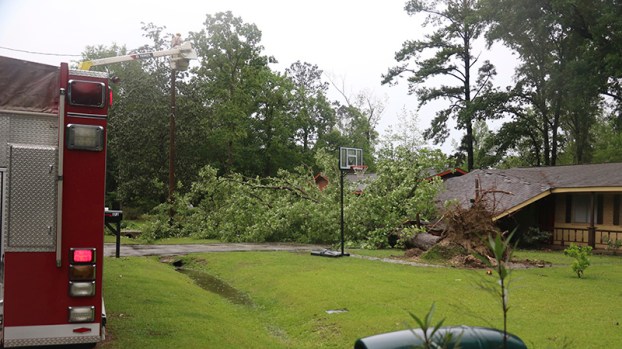 A tree fell on the carport of this home in the Westchester subdivision. A car was underneath it at the time. Photo by Jeremy Pittari

Several trees fell during Saturday’s storm, blocking some roads and damaging some structures.

The high winds also caused some damage to roofing in the area of the old Mississippi Mall.

In the Westchester subdivision, a tree fell on a carport, damaging a car parked underneath.

Along Jackson Landing Road, several trees fell, blocking a number of sections along the road and one tree fell on a mobile home in the same area. Members of Nicholson Volunteer Fire Department responded and were assisted by community members in clearing the roads.

In Poplarville, a tree fell in the area of Woodard Street, knocking out power for about three hours.

Pearl River County Emergency Operations Director Danny Manley said no injuries were reported as a result of the storm.