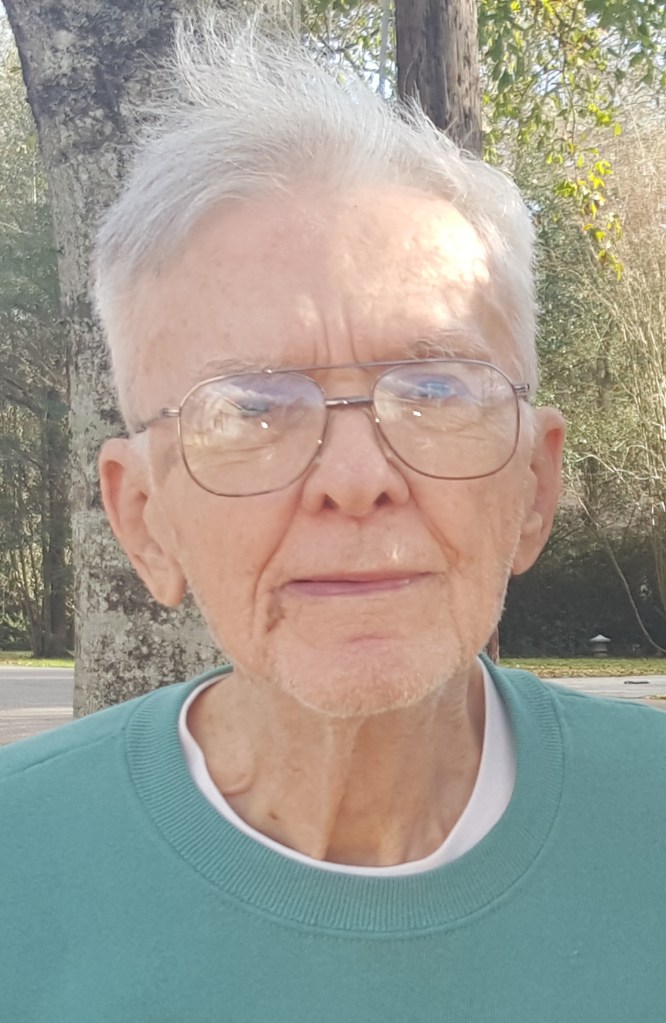 Robert Stanley Schutzman peacefully passed away on Sunday, May 12, 2019 at the age of 90. Bob was born in Baton Rouge, Louisiana on December 2, 1928. He spent his childhood in Baton Rouge before graduating with a B.S. Degree in Business Administration from Spring Hill College in Mobile, Alabama. He was then drafted into the U.S. Air Force, serving his country during the Korean War. A war veteran, he spent his career as an accountant mainly for automotive dealerships in Pensacola, Florida where he resided for 25 years, before moving to Picayune, Mississippi in 1993.

Bob married the late Sue Brittingham of Baton Rouge, Louisiana, and had five children. After becoming a widower, he married Elizabeth Willis Kleinpeter in 1972.  He is survived by his son Robert Schutzman Jr. of Tampa Florida,  daughter Susan Glover of McLean, Virginia, and daughter Cindy Fell of Pensacola, FL, step-son Chuck Kleinpeter of Carriere, Mississippi, and step-daughters Libby Burrus of Dallas, Texas, Patricia Wyatt of Austin, Texas, and Sue Kleinpeter of Mandeville, Louisiana, along with 10 grandchildren and 7 great-grandchildren.

He will be joining in heaven, his first wife Sue Brittingham of Baton Rouge, and his second wife the late Elizabeth “Bette” Schutzman of Picayune, Mississippi; daughters Sharon Christine Schutzman, and Dana Lee Schutzman both of Baton Rouge and son in law, Jeffrey Lognion of Welsh, Louisiana.

Bob loved his family and friends, watching New Orleans Saints football, classical music, a good joke, fishing, and all animals. He spent many of his senior years at the Picayune Senior Center playing chess and socializing.  He was very blessed by great friends Mike and Carol Isenberg who spent quality time with him during his later years.  Not only did he fight in the war, but he fought his illness till the end.

Relatives and friends of the family are invited to visitation on Saturday, May 18 at 1:00 p.m. Service immediately following at 2:00 p.m. where he will receive military honors. McDonald Funeral Home Chapel, 401 West Canal, Picayune.