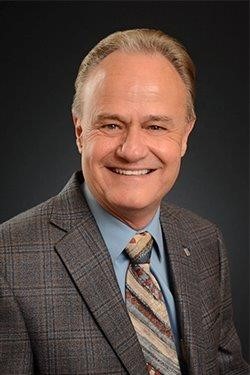 Richard served in the US Navy from 1964-1968 during the Vietnam Conflict aboard the USS Princeton, LPH-5 stationed in Long Beach, California.

Richard and his wife, Pat, moved to Baton Rouge in 1971 to be the Manager of Stein’s Clothing Store downtown. Richard then worked for United Parcel Service as a driver, promoted to Supervisor, and was the Manager of the Gonzales Louisiana Center. In 1984, he and his wife, Pat, opened Metro Mail Express on College Drive and also managed the Western Union office downtown.

After selling the mail and packaging business, he became a realtor, currently with Keller Williams Red Stick Partners on Bluebonnet Boulevard. He was a member of Broadmoor Baptist Church and served as a volunteer for Southeast Ministries for many years. Richard is survived by his wife of 53 years, Patricia (Pat) Delk Henley, and numerous nieces and nephews.

A Special thanks to Dr. Lauren Zatarain, the staff of Pinnacle Hospice, and the nursing staff at Clarity Hospital at the Crossing for their Compassionate Care. In lieu of flowers, memorial contributions can be made in Richard’s name to St. Jude Children’s Research Hospital, Southeast Ministries, or your favorite charity.