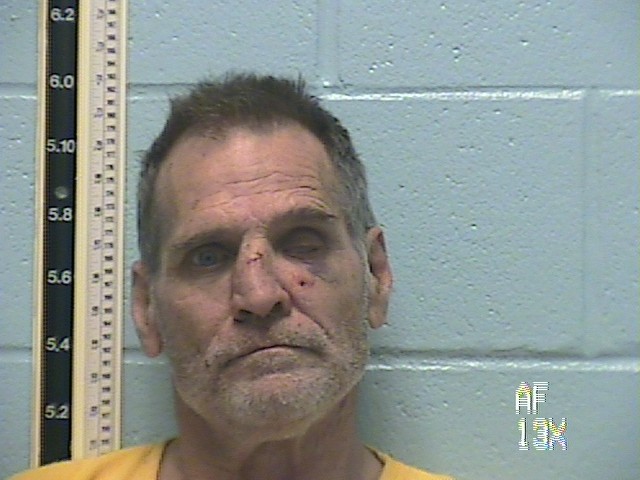 A Carriere man was arrested Friday evening after he was caught in the act of burgling an unoccupied home.

Four deputies arrived and learned from the victim that when he and his mother arrived at the home that afternoon, they could see a man in the home through a window.

After calling 911, the man and his mother confronted the man, later identified as 59-year-old Gerald Alonzo Metz Jr., of 535 Rock Ranch Rd., as he was climbing out the back window.

The victim advised Metz that the deputies were on their way and confronted him. At that time, Metz allegedly tried to strike the victim’s mother, but the victim stepped in between them and punched Metz in the face, Tucker said.

After being punched, Metz fled on foot into the nearby woods.

Three of the four deputies set off into the woods in the direction Metz was last seen heading, while the fourth took the victim’s statements.

After pursuing the suspect, Tucker said the deputies found Metz hiding in an area of the woods and took him into custody for commercial burglary.

Apparently, the home was being renovated so it was unoccupied at the time of the burglary. However, the victim noticed that two pocket knives had been taken from the kitchen, an unknown cellphone charger was plugged in an outlet.

The victim also noted that the electricity bill and water bill for the home were higher than normal, leading the victim and investigators to believe Metz had been using the unoccupied home’s electricity and water services, Tucker said.