School Board considers raise for teachers who act as administrators 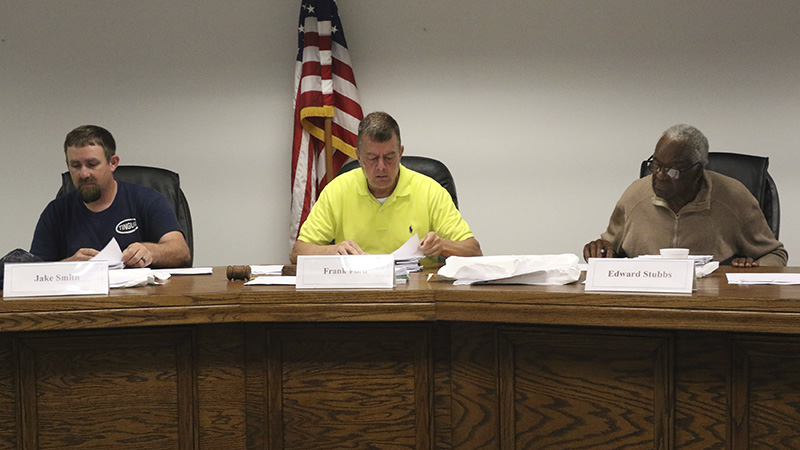 DISCUSSION: Members of Picayune School District’s Board of Trustees discussed the possibility of increasing the pay of three teachers in the District who fill in for principals while they are off campus. Photo by Jeremy Pittari

Consideration of increasing the pay for teachers who act as administrators when the principal is off campus was taken up during Tuesday’s Picayune School District Board of Trustees meeting.

Board member Jake Smith introduced the idea of increasing the pay for teachers who have the title of “teacher in charge” because they act as an administrator when the principal is away from campus. Staff he suggested for the raise work at three schools, South Side Upper Elementary, South Side Lower Elementary and the Alternative School. He said those schools don’t have assistant principals, which is why a teacher at each of those campuses assumes the role of teacher in charge.

During that discussion, Board Member Edward Stubbs made a motion to increase each of those teacher’s pay by $1,000 annually, which was seconded by Smith. However the motion died when it came up for a vote, with only Stubbs voting for the increase.

Board President Frank Ford objected to Stubbs’ motion, and asked where Stubbs got his suggestion for the amount of the raise. That discussion led to a second motion being made for the District’s administration to research the matter further and bring a recommendation back to the Board at a later date.  That motion passed with all members voting for it, except for Stubbs, who voted against.

In other matters, the Board approved a number of bids for improvements at several campuses.

The Board approved a motion to accept a bid from Mingledorfs to install 34 heat pump split AC units at Nicholson Elementary at a cost of $95,500.

A motion was also approved to accept a bid from Golden Rule Signs for the installation of two LED signs, one each at the Nicholson and Rosa Street campuses of Early Head Start, at a cost of $34,726. District Finance Director Lisa Persick said the signs will be used to notify parents and the community of the things that are happening at Early Head Start.

A separate motion was also approved to accept Playground Pro’s bid of $69,997 to conduct improvements on the playground at the Early Head Start Rosa Street campus.

Persick also updated the Board about the most recent financial audit of the District. She said the District received an unqualified opinion, which means there were no significant findings.