HCH to hold play by students 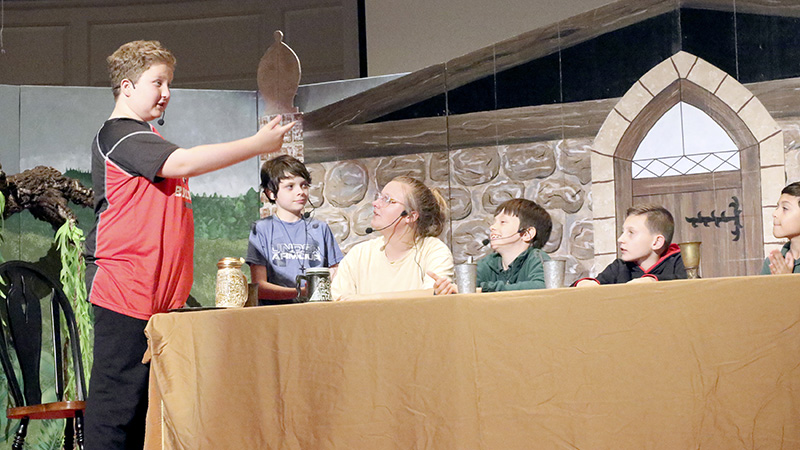 PRACTICE, PRACTICE: Heritage Christian Academy drama students are practicing to conduct a play this Friday and Saturday. Proceeds from the play will be used to support the school. Photo by Jeremy Pittari

Students attending Heritage Christian Academy will put on a play to raise funds for the school this weekend.

The play, called “Mr. Toad’s Mad Adventures,” based on the Wind in the Willows, is being put on by the school’s drama program, with help from parent volunteers, said Nezzie Williamson, one of several parents who are acting as the play’s director.

This will be the third year that the school has put on a play, the proceeds of which help fund the school.

Show times will be Friday at 6:30 p.m. and Saturday at 1 p.m. Both shows will be conducted in the nave of First Baptist Church of Picayune, located on Goodyear Boulevard. Admission is $10 per person, and children 12 and younger are admitted free.

Williamson said the play will last about an hour and a half and feature 41 students from the school playing varying parts.

Each student auditioned for their part back in December just before the Christmas break, and have been working on their parts since the last week of January.

Several students have been involved in nearly every aspect of getting the play together, from creating the stage props to working with the sound and lighting.

Williamson said in addition to the drama program, a music program is offered at Heritage Christian Academy. There are also several sports programs that are currently offered or will be added soon, including track, soccer, archery and swimming.