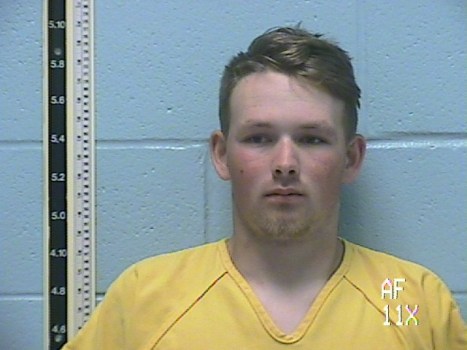 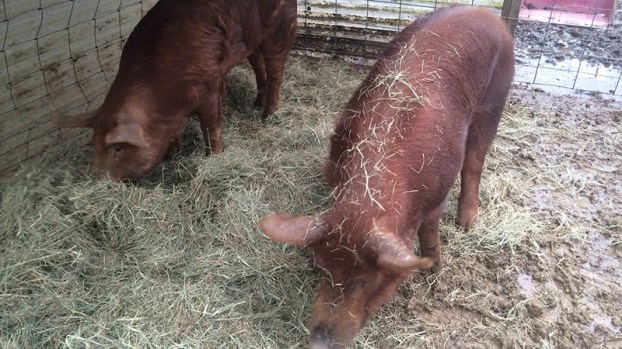 SENSELESS: Taz and Peanut, pet hogs for a local resident, were allegedly shot while in this pen by an 18-year-old suspect who did not own the animals. He has since been arrested. Submitted photo

A case involving the shooting deaths of two tamed hogs has led to the arrest of an 18-year-old suspect.

The case began with reports from a county resident and her son who said that on Feb. 25 of this year, they found one of their tame boar hogs with a gunshot to its head inside its pen.

At the time, there was little information to go on, Ogden said.  However, on Wednesday of last week, after hearing a gunshot in the area the owners found that their second boar hog had been shot.

Melinda Shaw told the Item that she and her son heard the shot that night just after 10:30 and went to check on the second hog to find that it had been shot in the head, apparently at close range.

“It’s not just that they were our breeder hogs, but they were our pets,” Shaw said. “We fed them every day, talked to them. They were in their pen minding their own business.”

What was especially heart wrenching about the second incident was that after the first animal was shot, affectionately named Taz, the second animal was left without a friend, Shaw said. However a couple days after the first incident, a wild baby hog had found its way into the pen to keep the second hog, named Peanut, company.

“It was the cutest thing ever. It was like he had a friend again,” Shaw said.

Shaw said that when she approached the pen after hearing the gunshot last week, she saw the piglet snuggled up to a fatally injured Peanut, before it fled into the woods. She said she hasn’t seen the piglet since.

After the second incident, continued investigation determined that a neighbor had seen a suspicious person in the area at about the same time as Taz was shot. After following up on that information, the investigators were able to identify a suspect, later determined to be Taylor, Ogden said.

Investigators convinced Taylor to speak with them on Friday and after that conversation they had enough evidence to arrest Taylor for two counts of malicious killing of livestock. Ogden said a $5,000 bond was set for each offense. Taylor bonded out later that same day.

“This was a senseless act,” Ogden said.

He added that both incidents appeared to have been conducted at close range, so they could rule out accidental shooting.

Ogden said the investigation has not determined a motive at this time, but Shaw has one idea why the suspect may have shot the hogs. “His whole purpose was evilness and it just breaks my heart. He needs to pay for it,” Shaw said.