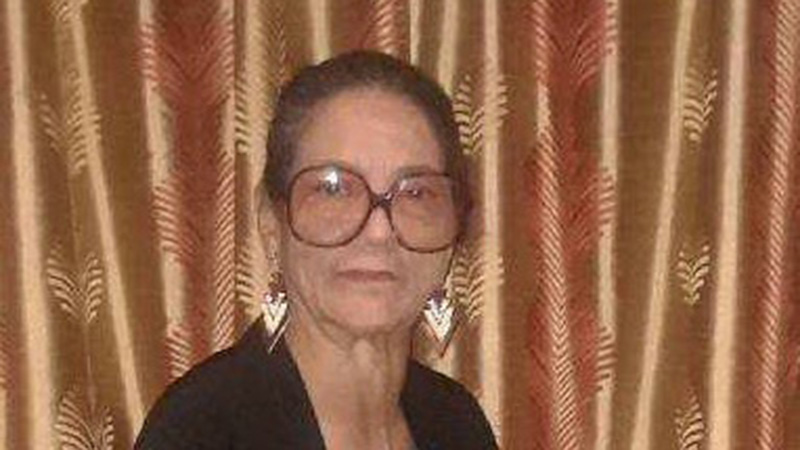 C. Janet Baker Banks was born September 1, 1937 in Picayune, Mississippi to proud parents, the late Clyde Bilboa Baker and Nettie Walls Baker. She was the second child of five children; James (deceased), Clinton, Lenard (deceased), and Joyce (deceased). At an early age, she displayed a gift for education and always enjoyed tutoring her siblings and her cousins. She attended George Washington Carver High School where she played trumpet, saxophone,and clarinet in the school band. She was chosen to be a majorette and later led the band as head drum majorette. In 1955 she was crowned Miss Carver High and was valedictorian of her class.

She received her undergraduate degree from Tougaloo Southern Christian College in Tougaloo, Mississippi. She was involved in the civil rights movement and as a result of her success as a pioneer in integrating the Gulfport, Mississippi public school system, she was awarded a National Defense Education Act Fellowship to attend Ohio University graduate program. She received her Master of Education degree in Guidance and Counseling from Ohio University. Janet was an educator for 50 years with 40 years teaching at her beloved IS 238-Susan B. Anthony. She was honored and listed in the 2003-2004 “Who’s Who Among American Teachers”.  In addition, she was an advisory member of Evangel Christian School Foundation.

She was initiated in Alpha Kappa Alpha Sorority, Gamma Omicron chapter at Tougaloo Southern Christian College in 1957. She was an active member of the Epsilon Pi Omega Chapter, Queens, New York. She served on several committees both undergraduate and graduate, Chairman Community Activities Committee, and was nominated for Soror of the Year.

She was an active member of the Greater Queens Chapter of The Links, Incorporated for ten years and then became an Alumna member. During her time as a member, she served in the following positions: Chairperson of the Hospitality Committee, Co-Chairperson of the Youth Facet Committee and member of the International Trends Facet. She always embraced, and would champion, Friendship and Service, the “two pillars” of The Links, Incorporated.

Janet served as Charter President of the Kiwanis Club of Hollis for 16 years. One of her proudest achievements was the club sponsoring a Builders club for junior high school students at Susan B. Anthony. The students created many programs and also learned the value of community service. She held the position of Lt. Governor of Queens East Division 2001-2002 and became super distinguished Lt. Governor. She received the two highest awards in Kiwanis International: the Tablet of Honor and the George F. Hixon awards. She was the first African-American female to serve on the Kiwanis International Diversity Committee.

A published poet, she was elected into the National Poetry Hall of Fame in 1996. Her work has been featured in the following publications; The New York Times, Newsday, United Federation of Teachers and also books of poetry.  She received letters of appreciation from former New York City Mayor Michael Bloomberg (2002) and former U.S. Senator Hillary Clinton (2000).  She enjoyed writing and sharing her poems with her family, friends and community.

She was a founding member of New Jerusalem Worship Center (formerly New Jerusalem Baptist Church), where she directed the first children’s choir “The Sunbeams”. She spearheaded a penny drive, collecting 1 million pennies which contributed $10,000 for the church’s fundraising efforts. She served as editor of the newsletter “The Messenger” for 10 years, highlighting various members and events dedicated to faith.  She was a woman of unwavering faith and always encouraged everyone to trust in the Lord .

Funeral service will be held Thursday, March 21, 2019 at 12 noon at Weems Chapel United Methodist Church. Visitation from 11 am until noon. Burial in the Picayune Cemetery under the direction of Baylous Funeral Home.