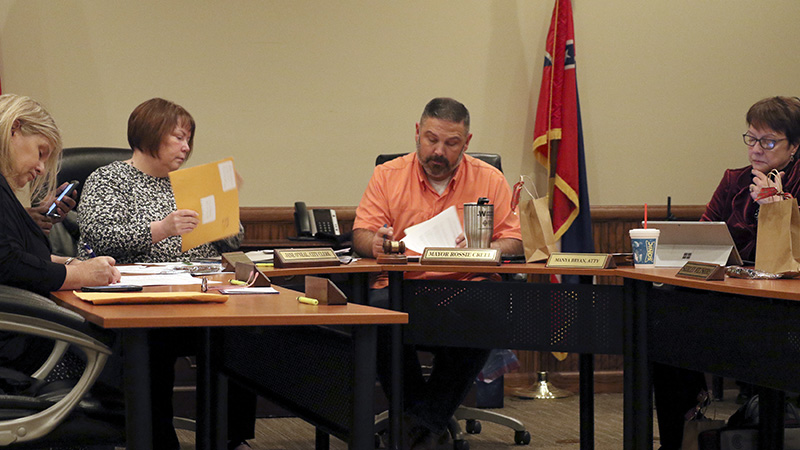 This story has been updated to reflect the fact that Brenda Nirenberg does not represent an official organization or program.

The feral cat population in the city of Poplarville is being kept under control via the efforts of four volunteers using the trap, neuter and release effort.

Brenda Nirenberg, addressed the city’s Board of Aldermen during Tuesday’s meeting about establishing an ordinance that clearly outlines how a trap, neuter and release program operates and to provide some protection for those volunteers who participate.

Trap, neuter and release efforts are performed by volunteers who do just that, thereby keeping the feral cat population at bay, Nirenberg said. She said there are four volunteers in the Poplarville area who have been using this effort to keep the feral cat population controlled since at least Hurricane Katrina. Their efforts have resulted in more than 1,000 cats being spayed or neutered. Once the cats are spayed or neutered, they are released to the area where they were captured, she said.

In other matters, the Board took another request under advisement, this time from Mississippi Power Company to replace all existing lighting along city streets with LED bulbs. O’Neal said the Board decided to take the request under advisement because they would like to add wording to the effect that LED bulbs could be installed as the existing bulbs burn out in an effort to reduce expenses.

Sealed bids for the planned road work in the city as part of a bond will be accepted and opened on April 25, at 2 p.m. O’Neal said that once the contractor who wins the bid begins work, the contractor will have between 150 to 180 days to complete the project. The aim is for the work to begin during the warmer months of the year.

According to previous coverage, the project will repair most of the city’s streets and address serious issues with bridges and drainage.

The Board also heard a request from Donald Catherman to repair road issues near 614 W. Scott Street, the location of a now inactive school bus turnaround. O’Neal said that the Board took no action on the matter in open session due to a lack of a motion. However, after coming out of executive session, the Board approved a motion denying Catherman’s request.

The Board also approved a motion to begin accepting applications for the position of full-time police chief. Interim Police Chief Joe Stuart said via phone that he does not intend to apply for the position.

The next meeting of the Board will be April 2, at 5 p.m. in City Hall.