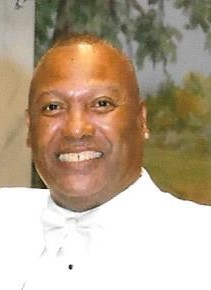 Jerry Lee was born on August 7, 1962, to the late Henrene Meeks and James Wesley Ross in Itta Bena, Mississippi. He was a graduate of Leflore High School in Itta Bena, MS, where he was an outstanding athlete who was known for his fast pitch ball, and also received a full athletic scholarship to Kentucky State University.

Jerry accepted Christ as his Lord and Savior and was baptized at an early age at Pleasant Grove Baptist Church. After relocating to Picayune, he reunited his faith with Newness of Life Ministries under the leadership of Rev. Donald Ray Hart.  This is also where he found the love of his life, Cynthia Bester. On August 5, 2017 they were joined in holy matrimony.

He was a jolly person who enjoyed life. He loved his children and stepchildren. He was a people person who always wore a warm smile.

He was preceded in death by his parents and three brothers, Leonard, Robert and Willie James Ross.

Visitation will be one hour prior to service. Interment will be in the New Palestine Cemetery.