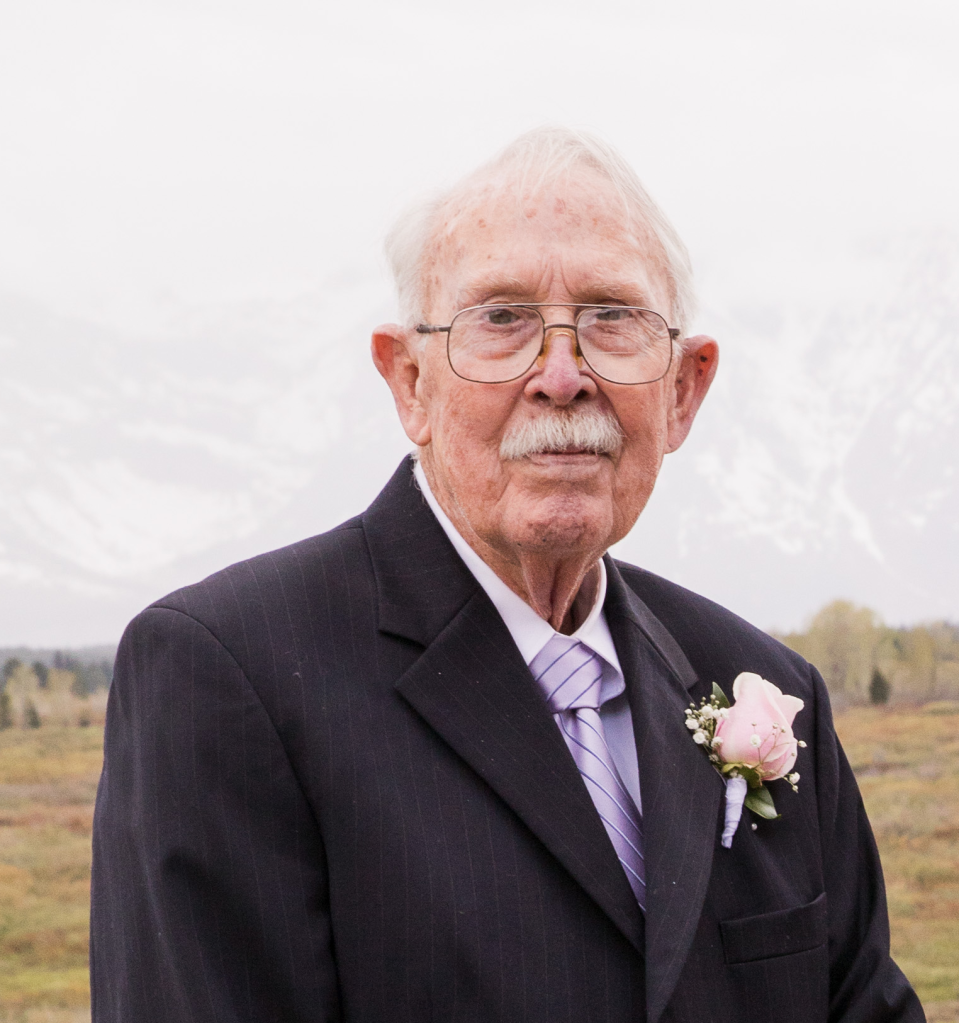 Ernest Sanders, affectionately known to many as “Papa,” passed away at his home in Tallahassee on February 5, 2019. He is survived by his children, Guy Sanders (Gina), Leigh Mallard (Rick), and Carolyn Sanders, his four grandchildren, Lindsey Fowler (Luke), Connor Mallard, Chase and Ty Royal, and his feisty English Cocker, Charleigh. He was predeceased by the love of his life and wife of 54 years, Sylvia, his brother-in-law Terrell Jopes (Mary Joy) of Picayune, MS, and his daughter-in-law, Hollie Sanders.

He was born on October 31, 1932, in DeRidder, Louisiana, to Ernest Alford and Versa Sanders. He grew up hunting, fishing, playing sports, and spending quality time with Terrell and Sylvia. He is an alum of the University of Louisiana at Lafayette, but was also a lifelong LSU fan. Ernie was an Army veteran, and was deployed to Asia during the Korean War.

After the war Ernie worked for GE on the Sabre project, the first airline reservation system. He then joined IBM, where he worked on some of the first computers in information technology and the Army’s Redstone project. His position at IBM took him and his young family to New York, Alabama, back to New York, and ultimately to Tallahassee, in 1964. The Sanders embraced life in Tallahassee and became FSU baseball enthusiasts. They were active members of Trinity United Methodist Church, where Ernie counted donations every Monday. Ernie was a member of the Jackson Masonic Lodge Number 1.

Ernie retired from IBM after 37 years to spend more time with his family. He and Sylvia volunteered at Goodwood Plantation, he as docent while Sylvia sold tickets. Mimi and Papa were loving grandparents and never missed any of their grandchildren’s school or sporting events, whether they were down the street, in Port St. Joe, or across the state. Ernie was a lifelong student and took Spanish courses for years. He had a passion for reading and was a weekly patron of the public library. He was never without a good book.

Ernie was an extremely hard worker and instilled his work ethic in others. He was a true gentleman, who helped others in every way he could. He was a wonderful listener and storyteller. He will be missed by all whose lives he touched.

The family is hosting a visitation at Bevis Funeral Home this Friday from 5-7pm. A memorial service will be held on Saturday, Feb. 9 at 11am at Trinity United Methodist Church. Memorial contributions may be made to Trinity. A trip to Whataburger, where he was a regular, in his honor would also be appreciated.  Susie Mozolic of Bevis Funeral Home is assisting the family with their arrangements.