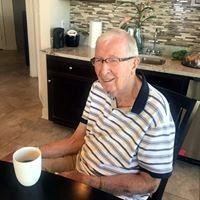 At the time of his passing he was a resident of Metairie, Louisiana and Carriere, Mississippi. He passed on Feb. 17, 2019.

He was a veteran who served in the US Air Force as a Lieutenant before attending medical school at Tulane University. As a physician, Dr. Lange specialized in Internal Medicine and Rheumatology prior to retirement from Ochsner Hospital. Also, he was a distinguished alumni and Professor at Tulane University.

Richard was a lover of the outdoors. He enjoyed bird watching and fishing. He was an avid cyclist until a few years ago. He and his beloved wife Betty traveled the world together.

He will be sadly missed by all but his memories will continue through all the lives he touched both personally and professionally.

Graveside services will be held Feb. 25, starting at 10 a.m. at the Sylvan Abbey Memorial Park in Clearwater, Fla.