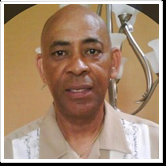 Mr. Donald Lee Moore (Don) was born on September 13, 1947 in Picayune, Mississippi to the late Claiborne and Gladys Moore. Don went home to be with the Lord, on the morning of February 13, 2019. He attended Weems Chapel United Methodist Church during his childhood. He was the eighth child of eleven children.

Don was educated in the public-school systems in Mississippi where he played the position of split end on the George Washington Carver football team that held the second- best record for black high schools in the country between 1957-1964. Don graduated from high school with Honors in 1965.

Don was united in Holy Matrimony to Beverly Haddock on March 1, 1969 in Nashville, TN. During this time, he was attending Tennessee State University where he received a bachelor’s degree of Science in Mechanical Engineer in 1971. He then went on to work for Ford Motor Company in Detroit, MI as a Climate Control Engineer from 1978 until he retired in 2004. After his retirement he and his family migrated back to Nashville, TN, where he remained until his death.

Don loved to play golf when his health permitted him. He also loved watching sports and old Westerns.

Don was proceeded in death by four of his siblings: Roland, Phillip, Barbara, and Sylvia and a granddaughter, Montoya.