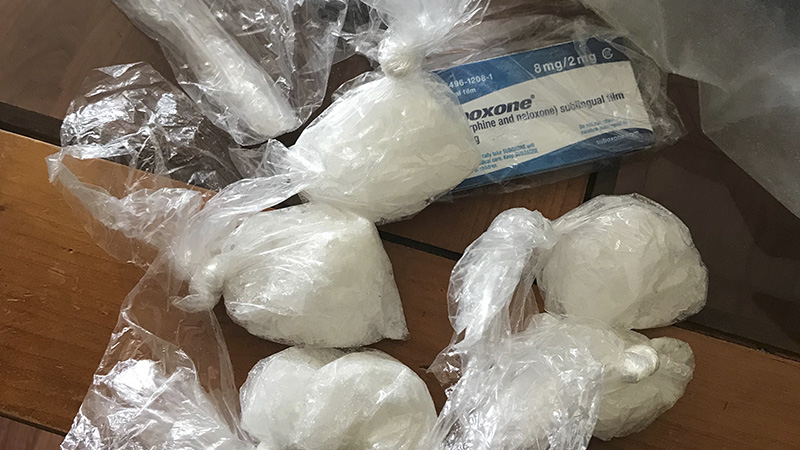 OFF THE STREETS: This distribution amount of methamphetamine was found in a Nicholson home during a search warrant served in conjunction with the Picayune Police Department and Pearl River County Sheriff’s Department. Photo by Jeremy Pittari

A joint investigation between the Pearl River County Sheriff’s Department and the Picayune Police Department led to the arrest of two people for allegedly trafficking methamphetamine.

Pearl River County Sheriff David Allison said the warrant was the result of information received from personnel at the Picayune Police Department. As a result both departments served the warrant on Jan. 17, at 126 Eloise St., in Nicholson, the home of 40-year-old Jessie Mutz and 34-year-old Serita Stewart.

Detectives with both departments arrived to find both suspects were home at the time of the search. Allison said that during the search, the detectives found a large amount of methamphetamine, four firearms and a number of other weapons that were in violation of Mutz and Stewart’s probation.

Allison said that the detectives also found paraphernalia indicative of the distribution of controlled substances.

The investigation is ongoing and could lead to the arrest of additional suspects. Allison said he would like to thank his staff for a job well done and thank the Picayune Police Department for providing the information and maintaining a positive working relationship between the two departments.

Magri retires from city after more than 25 years…