Teachers, administrator of the year announced in Poplarville 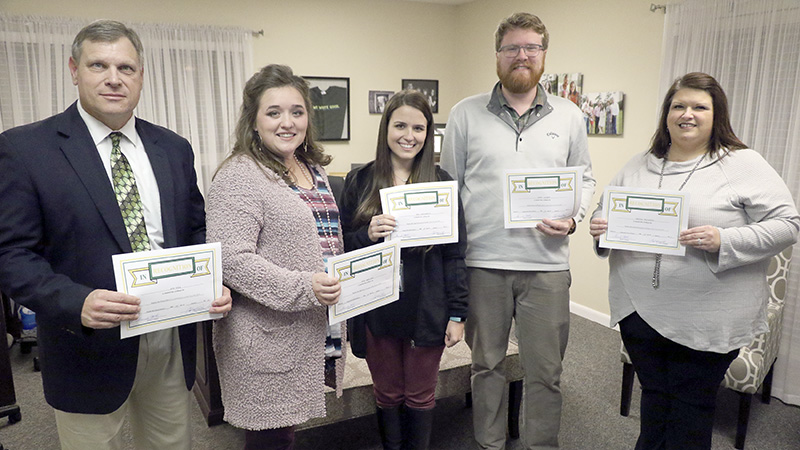 RECOGNITION: From left are Jon Will, Erin Breland, Mia Gennarelli, John Allred, and Nicole McCardle. who were recognized for their outstanding performance in their jobs within the Poplarville School District. Photo by Jeremy Pittari

Five staff members of the Poplarville School District were recognized for their hard work during Monday’s Board of Trustees meeting.

Superintendent Carl Merritt asked that the District and parents continue to support those educators.

In other business, the Board approved a motion to make changes to the District’s cursive writing instructional plan. Merritt said the changes will provide more standards to the method in which fifth graders are tested in the skill.

“I think it’s going to be very beneficial for our students,” Merritt said.

He added that the District never stopped teaching cursive.

The Board also approved a motion to accept a quitclaim deed on a building previously used as a polling precinct. Now that the county no longer uses it for that function as part of the recent precinct consolidation, it has been turned over to the District. The building sits in a fenced in portion of school property and several plans are being considered for its use, said District Technology Coordinator Steve Seal.