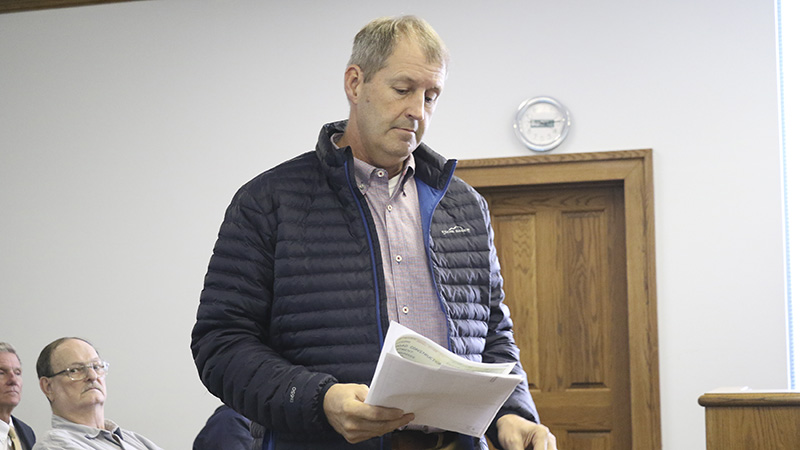 During Monday’s Pearl River County Board of Supervisors meeting, the Board discussed plans for the coming year concerning continued road repairs.

Last year, the county was able to conduct repairs to more than 45 miles of road. District III Supervisor Hudson Holliday said he would like to see another 45 miles of overlay work done again this year, and to pay for it he suggested the Board check into utilizing a bond. The county was able to pave that much roadway last year because about two years of funding had been saved up. Hudson was quick to point out that he’s not suggesting a tax increase, but to wait to fix the roads would cost the county more in the future.

Les Dungan with Dungan Engineering said he hopes to be able continue with bridge repairs. His priority will still be roads and bridges. Last month the county submitted applications for state funding, and Dungan said he should receive word as to whether those applications were approved or not by later this month.

During the discussion of roads, District II Supervisor Malcolm Perry asked about red flashing lights on road signs along West Union Road near the sharp curves. He said that a community member complained that the lights look like stop lights, which caused one driver to stop abruptly in front of him, almost causing an accident.

Road Manager Charlie Schielder said he will replace the lights with those that emit orange light.

The Board also discussed some potential work that may be conducted by the Mississippi Department of Transportation to make the intersection of Highway 43 South and Salem Road safer. District IV Supervisor Farron Moeller said the dangerous intersection has been the site of several fatal accidents recently. He said that a funding plan was put in place by MDOT to put a turn lane at that intersection to make it safer.

Dungan said that would be a significant cost savings, because the last time the county went out for bids for a similar project at that intersection, the bids came in at about $250,000.

Dungan also said that a meeting will be held on the 24th of this month to make plans for the repair of air conditioning equipment at the county jail. The meeting will help plan the work so the facility’s climate control functions can be restored quickly. Dungan said he hopes to have the work conducted in February.