Supervisors advised not to give late fee, venue rental freebies 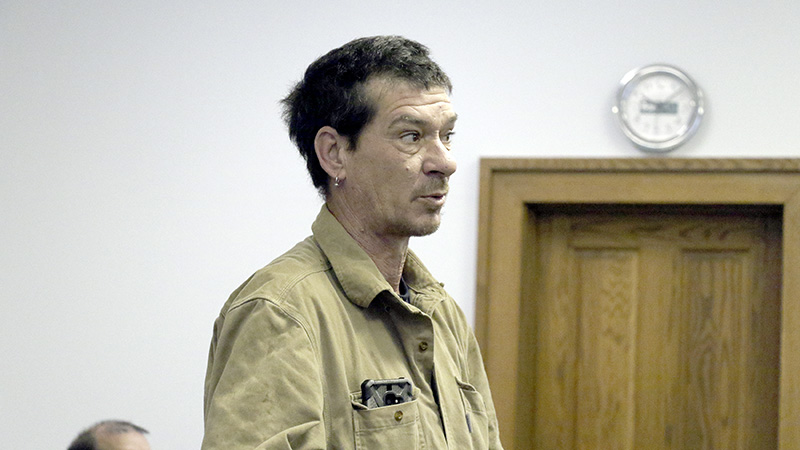 FOR LAW ENFORCEMENT: Brent Naquin approached the Board of Supervisors about holding a crawfish boil fundraiser at the fairgrounds. Photo by Jeremy Pittari

With the ongoing partial shutdown of the federal government affecting a number of residents, the Pearl River County Board of Supervisors discussed whether they could waive penalties on unpaid ad valorem taxes for those affected.

Board President Sandy Kane Smith said he’s been approached by residents seeking some relief while they are out of work due to the shutdown. While the matter was being discussed, Board attorney Joe Montgomery said that, typically, the only relief the county can provide is if the tax assessor asks the Board to allow property owners to pay their taxes a quarter at a time. Montgomery said that the Board usually can’t waive late fees, but he said he will look into the possibility further.

In other business, county resident Brent Naquin addressed the Board about holding an emergency responder fundraiser in the form of a crawfish boil at the county fairgrounds.

His pitch was that the day long event would be a way to show appreciation to law enforcement and other first responders by raising money that would be presented to local departments for their use.

During discussion as to whether rental fees would be waived, Montgomery suggested the fees be paid so as not to set a precedent. He also suggested the Board consider establishing policies that would require anyone renting the fairgrounds to purchase insurance for the event. The county is exempt from requiring insurance for rodeo events at the venue due to a state law, Montgomery said.

At the end of the discussion Naquin was advised to do more research on his event to see if it would be worth holding due to the county’s requirements.

District II Supervisor Malcolm Perry made a motion to appoint a new member to the Economic Development Council since his previous appointment, Scott Alsobrooks, moved to take a new job. A motion was approved to appoint Dr. Adam Breerwood to the position.

District IV Supervisor Farron Moeller also made a motion to appoint someone to the Pearl River County Hospital and Nursing Home Board of Directors to replace Alsobrooks. A motion was approved to appoint Mark Stockstill to the position.

The Board also approved a motion to set a date to meet with all private waste haulers in the county to further discuss the possibility of a countywide collection system. The Board will meet with those business owners on Feb. 4, at 2 p.m.

Perry also clarified a discussion conducted at a previous meeting concerning updating the county’s building codes. He said that the Board is not considering strengthening the building codes, but rather updating them to address property maintenance issues.

A walking track in the Salem community is coming along. Moeller said that the walking track is complete, but there are more improvements planned such as fencing, lighting and a playground.

He is seeking businesses and companies that might be willing help cover the cost of the playground equipment.