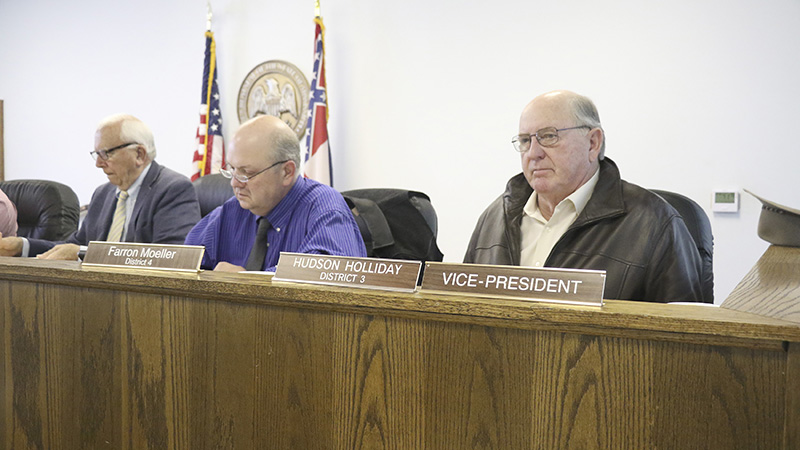 The possibility of the Pearl River County Board of Supervisors forming a unified garbage collection system was discussed this week.

During Monday’s meeting, District III Supervisor Hudson Holliday said he would like to hold a workshop to discuss establishment of such a system. He said that his intent is not to put the private waste haulers out of business, but rather to organize the collection of waste, reduce the amount of litter on the roads and minimize illegal dumpsites.

Currently, Pearl River County residents living outside of a municipality can choose to pay one of several private waste haulers to collect and dispose of their household waste, whereas residents within Picayune or Poplarville have their garbage collected by one company. The municipal system is mandated, whereas the county system is voluntary.

County residents who opt out paying someone to pick up their household waste are responsible for its disposal themselves by either taking it to the Central Landfill in Millard, or in a worst case scenario, dumping it illegally.

Under Holliday’s proposed plan, he said the current private haulers would continue to pick up waste, except they would be doing so in one of several zones established by the Board. The private companies would bid for a zone or zones to work within. He estimates about a dozen trucks would be required to cover all of the homes along the 1,500 miles of roadway in Pearl River County.

While Holliday had ideas on the new system’s establishment, he said the Board would have to work out how to pay for it. He did say he does not want to have to increase taxes to establish the countywide system.

He also expressed concern about the long-term viability of the landfill. If Waste Management, the company operating the landfill, can’t make a profit, Holliday said the company could very well close the site, leaving the Board with a major problem.

To prevent that from happening, he suggested the Board meet with representatives of Waste Management. No action was taken on the matters Holliday proposed.

In other business, the Board was asked by a community member when the next hazardous waste collection day would take place.

The last collection day, held in the county on Nov. 3, lasted only an hour and a half before the grant funding ran out, said Fire Marshal Albert Lee.

County Administrator Adrain Lumpkin said that the next opportunity to apply for grant funding to hold another collection day is not until April, and the county typically only receives about $20,000, which does not go a long way.