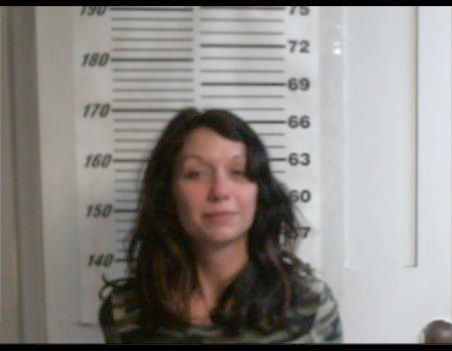 A woman from out-of-town was arrested for breaking into a commercial building after police officers found her wallet inside it.

Officers arrived to find the front window of the business to be broken out, apparently by a brick. While conducting a search of the business, the officers located a wallet that contained identification for a white female.

In an attempt to locate a potential suspect, officers canvassed the area and found a white female walking along Highway 43 near Inside Road, Moeller said.

While speaking with the woman, she gave officers false identifying information, but through investigative techniques the woman was positively identified as 28-year-old Ashley Lynne Lester, of 217 Twin Lakes Lane, Destin, Fla., Moeller said.

Lester was arrested for commercial burglary and providing false information to a police officer, Moeller said.

A thorough check of the burgled building determined nothing of value had been taken, but the officer did note that there was some damage to the interior of the building.