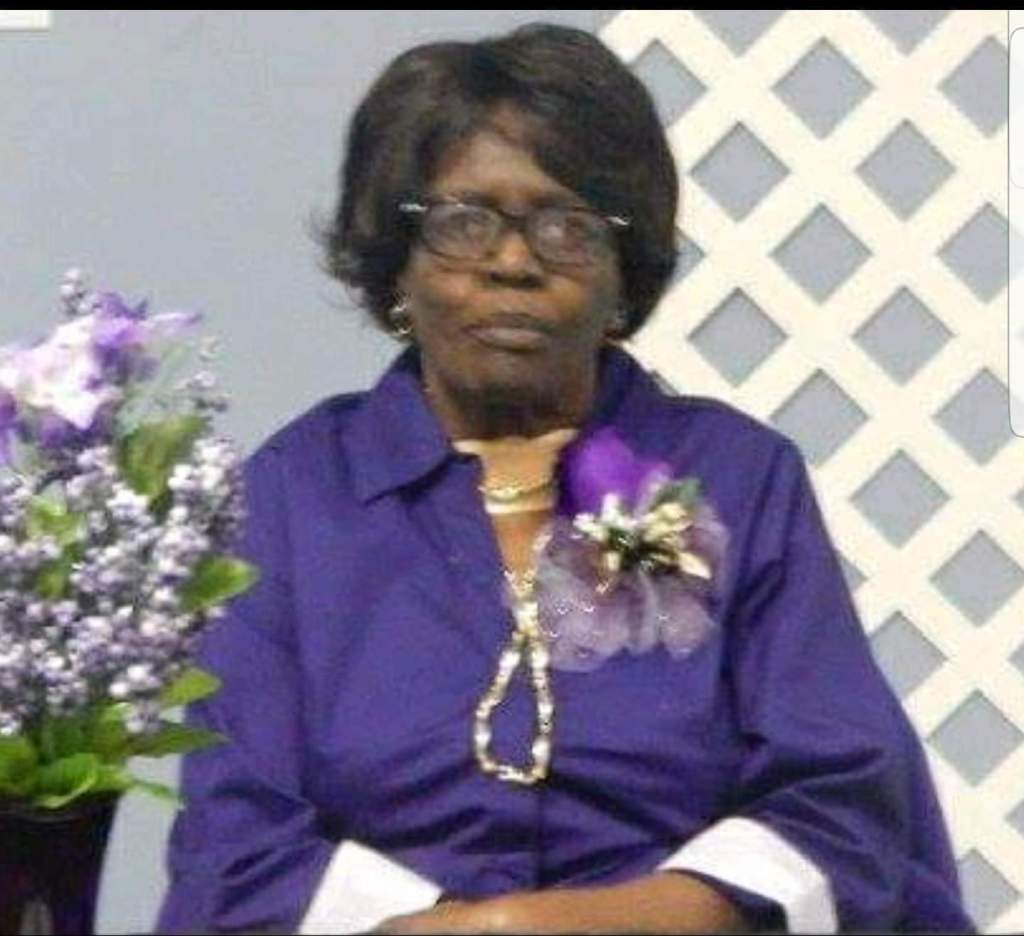 “And God shall wipe away all tears from their eyes; …Revelation 21:4

Funeral services for Bessie Lee Booth, 77, of DeRidder, LA (formerly of Picayune) will be held on Saturday, January 12, 2019 at 12:00 Noon at St. Matthew Baptist Church.  Elder Donald Hart will officiate at the service.  Rev. Dr. Michael Kelley is the Pastor.

Bessie Lee Pearson was born to the late Elijah Pearson and Rosie Bell Pearson McGee on December 15, 1941 in Cybur, MS.  Bessie attended Picayune Colored Schools and went on to George W. Carver High School, in Picayune where she graduated in 1959.  She was baptized at St. Matthew Baptist Church under the leadership of Rev. E.J. Woodard.  After graduation, she met and united in Holy matrimony with the late Mack Booth.

Bessie later relocated to DeRidder, LA.  There she moved her membership to Mt. Canaan Baptist Church under the leadership of Rev. E. Jackson where she was a member of the choir.

Bessie especially enjoyed cooking, spending quality time with her family (especially her grandchildren), and going to serve her Lord and Savior (Church).  Her favorite color was purple.  She always wore a smile and never met a stranger.  She will surely be missed by all her family and friends.

On Sunday, December 30, 2018, Bessie Lee Pearson Booth entered into a deep peaceful rest; a sleep that can only be awakened by the Eternal Master.

She is preceded in death by her parents; her husband; one brother, Cleancer Pearson; one sister, Shirley Gibson, and other family members.

Visitation will be one hour prior to service at the church.  Interment will be in New Palestine Cemetery in Picayune.  Entrusted to Brown’s Funeral Home.