Volunteer firefighters worked several fires over the past week 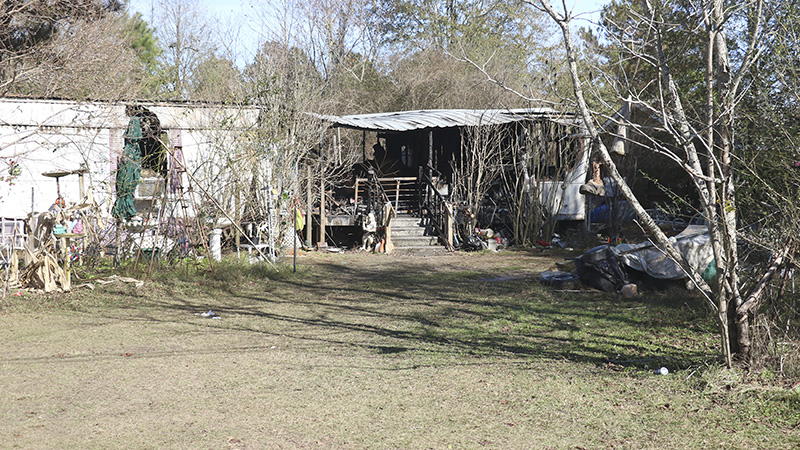 This mobile home on Ruston Road in Carriere caught fire during a kitchen accident. The residents lost all belongings in the blaze, but were unharmed. Photo Jeremy Pittari

This story has been corrected due a previously reported error in the call time to Ruston Road.

Over the past week volunteer firefighters across the county have worked four blazes, many of which involved the loss of property, but none included the loss of life.

Pearl River County Fire Marshal Albert Lee said that volunteer firefighters were sent to a home at 43 Hayward Brown Road in Poplarville on Dec. 12,  at about 8 a.m. in reference to a mobile home being on fire. The fire was called in by a man who arrived in the area to conduct property maintenance. Lee said firefighters arrived to find the home fully involved, leading to the property being lost. Lee said a cause of that fire is still being investigated, but will be hard to determine since the entire property burned. However, a space heater is suspected to be a contributing factor. there were no occupants in the home at the time of the fire, Lee said.

The following day on Dec. 13, just before 11:53 that night, a call was received from residents at 95 Ruston Rd., in Carriere, however a mix up with dispatch resulted in the call not being properly dispatched until a short time later that night, Lee said. Ultimately the response time was five minutes, Lee said. Firefighters from the McNeill, Carriere, Henleyfield and Southeast Volunteer fire departments arrived on scene at 23:57, and put out the fire, but the residents were unable to save any belongings, Lee said.

“They lost everything they had unfortunately, except the clothes on their backs,” Lee said.

Lee said that several roads in the county either have the same name, or sound very similar to each other, leading to calls being misdirected at times.

Investigation into that fire determined that it started as a grease fire in the kitchen that was unsuccessfully contained.

Two fires occurred on Sunday night. Lee said that one of those fires was reported at 5:44 at 260 McNeill Steephollow Rd. Firefighters with McNeill, Derby and Henleyfield volunteer fire departments arrived to find the home fully involved, but no one at home. The home was a total loss and the occupants lost all of the belongings inside, Lee said. A cause of that fire is still under investigation.

The same night just before 7, a fire was reported at 14 Carey Meitzler Rd. to find flames coming from the attic. Lee said that firefighters with Nicholson and Pine Grove volunteer fire departments arrived and were able to contain the fire to the attic. Lee said that the cause of that fire is suspected to be due to an unspecified electrical problem.

Lee would like to remind county residents to be cautious with items that could lead to fires, such as space heaters. These heating devices should be placed away from any flammable objects including furniture, and turned off when not under supervision.

Due to the time of year, Lee would also like to remind residents using real Christmas trees to keep them watered and away from sources of flames or extreme heat. Fireplaces should also be inspected by a trained professional before use each season.