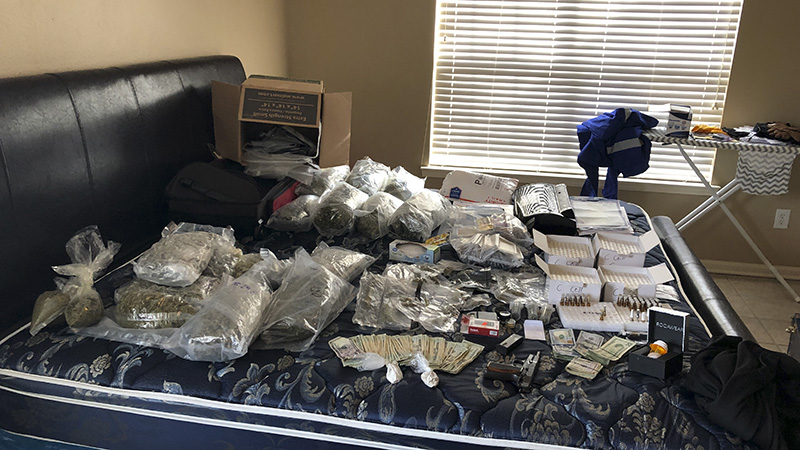 LARGE BUST: Above is the contraband found during a recent drug bust conducted by the Pearl River County Sheriff’s Department after investigators received a community tip. Submitted photo

A man living in Picayune was arrested for allegedly distributing heroin and marijuana after law enforcement officials received a tip.

Pearl River County Sheriff David Allison said that narcotics detectives with the department were alerted to the alleged activity on Nov. 28.

A search warrant was secured for the home of 44-year-old Troy Watts, located at 715 S. Haugh Ave., Apt. B 16 while he was being detained at another location, Allison said. During the search, the detectives located a large amount of marijuana, THC vape pens and heroin in the home.

They also found a firearm and a number of packing materials used in the repackaging and sale of narcotics indicating he was allegedly distributing those substances, Allison said.

Cash totaling $18,478 was also found in the home and since it was believed to have been associated with the sale of controlled substances, it was confiscated, Allison said.

Watts was arrested for trafficking heroin, trafficking marijuana and possession of a weapon by a convicted felon, Allison said. It is believed that a warrant will also be issued for his arrest for the violation of a federal probation.