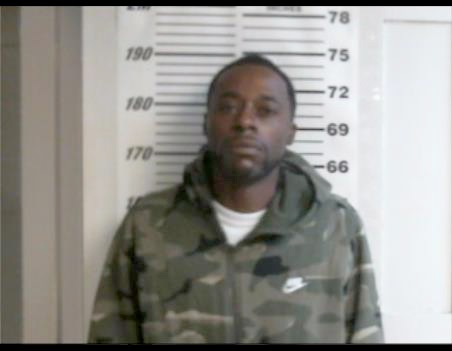 A Picayune man is now in custody after allegedly shooting another man in the leg.

Capt. Dustin Moeller with the Picayune Police Department said that officers were sent to the 700 block of Laird Street in Picayune Monday evening at 5:44 in reference to gunshots.

Officers arrived to find the victim suffering from a gunshot to the right leg being helped to the front yard by a woman, Moeller said.

During the ensuing investigation, the officers learned from eyewitnesses that the suspect in the assault, 35-year-old Conel Holloway, of 383 Inside Road, shot the victim before leaving the scene with his significant other in a vehicle before emergency personnel arrived.

The victim was transported to a nearby hospital for treatment of the gunshot wound, and detectives processed the scene while patrol officers attempted to locate Holloway, Moeller said.

Further investigation into the shooting determined that the victim was shot while getting a drink from the kitchen. At that time, he heard the back door open and that’s when Holloway entered the home, shot him in the lower right leg and fled the scene, Moeller said.

Using a description of the vehicle provided by eyewitnesses, Holloway was seen leaving the area of Inside Road. Officers found him traveling along Highway 43 and conducted a stop at the parking lot of the Walgreens located at the intersection of Highway 11 and Highway 43 at 6:07 p.m. the same night. He was taken into custody without incident for aggravated assault with a deadly weapon, Moeller said. A motive is still under investigation. Moeller said that the victim was last listed in stable condition.