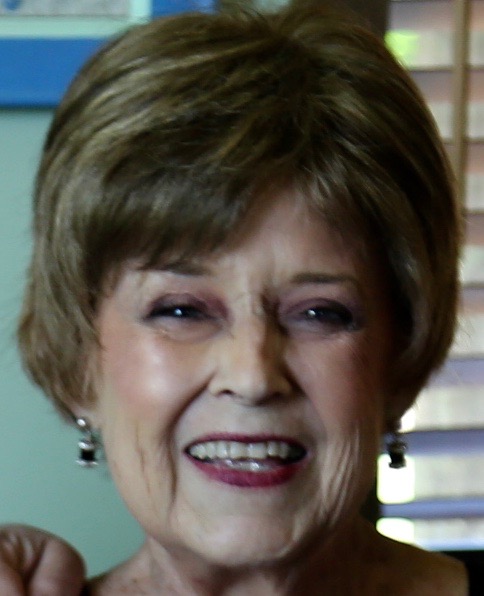 Martha Ann (Pigott) May, 76 of Perkinston, lost her battle with cancer Wednesday, December 12, 2018 after a valiant two year fight.

Martha was born on August 8, 1942 in Bogalusa, LA., the daughter of Vernon & Mary Pigott. She graduated from Picayune Memorial High School in 1962 and then went to nursing school in Bogalusa, LA. Upon obtaining her nursing certification, she worked at Memorial Hospital and Garden Park for more than 15 years. After leaving Garden Park, she was a nurse in several local doctors’ offices until her retirement.

Martha (aka crazy Nana) was a jokester who was well known for her sharp sense of humor. She loved going to Bluegrass festivals with her husband, Ross, shopping, and spending time with friends and family, especially her grandchildren.

She is preceded in death by her husband, Harlan Ross May, and her mother, Mary Sheridan Pigott. Left to cherish her memories are: her sons, Geoffrey (Stephanie) May, Scott May, and Jonathan (Jamie) May; four grand-children: Devin Michael, Hannah Catherine, Zachary Ryan, and Lorena Julianne; her father, Vernon Buren Pigott and his wife, Dorothy Parker Pigott; and four siblings: Donald (Pam) Pigott, Anna (Steve) Sabree, Frances (William) Misenheimer, and Robert Pigott.

Services will be held Friday, December 21st at Perkinston Baptist Church. The family will receive friends for visitation at 10:00 AM, followed by the funeral service at 11:00 in the sanctuary.  Afterward, Martha will be interred with her late husband at Biloxi National Cemetery.