Department of Child Services looking for assistance on varying levels 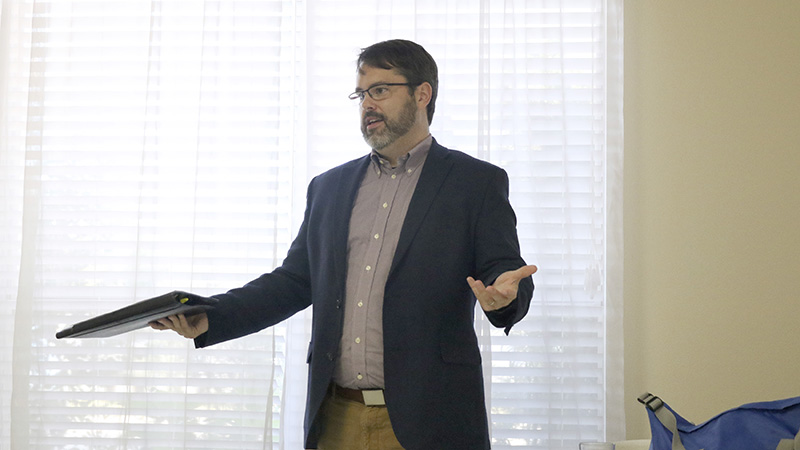 ADVOCATING FOR HELP: Thomas Dent with the Mississippi Department of Child Protective Services spoke to members of the Exchange Club of Picayune to raise awareness about the various ways communities can help foster children. Photo by Jeremy Pittari

Fostering children is a calling, and it’s a need for many children across the state of Mississippi.

That was the message Thomas Dent with the Mississippi Department of Child Protection Services shared with the Exchange Club of Picayune this week.

And while not every family is up to the calling of fostering children, there are several avenues in which residents can provide assistance.

Within Mississippi, there were more than 5,000 children in foster care as of the Nov. 1 of this year. Of those children, 139 were from Pearl River County, Dent said.

Statewide, that number has dropped from the previous year, Dent said. In 2017, there were 6,200 children in foster care in Mississippi.

Dent said that most children don’t end up in foster care due to a parent’s drug use. He said that a number of other factors come in to play.

The reason for the drop in number of children in foster care is due to the creation of a program called in-CIRCLE Intensive In-Home Services, which works to keep families together by providing a number of services. Dent said that the state is stronger when families remain together.

Dent said any family interested in adopting will be required to foster that child for at least six months.

For those families who can’t foster or adopt but still want to help, Dent said they can raise awareness about the need for foster care at their church or club, provide resources for children in need or provide donations such as car seats, beds or other materials.

Dent said that every single good deed for foster children combined will take bites out of the larger problem.

“I think we can single this thing to death,” Dent said.