County, city of Picayune to share in cost to repair Jackson Landing Road 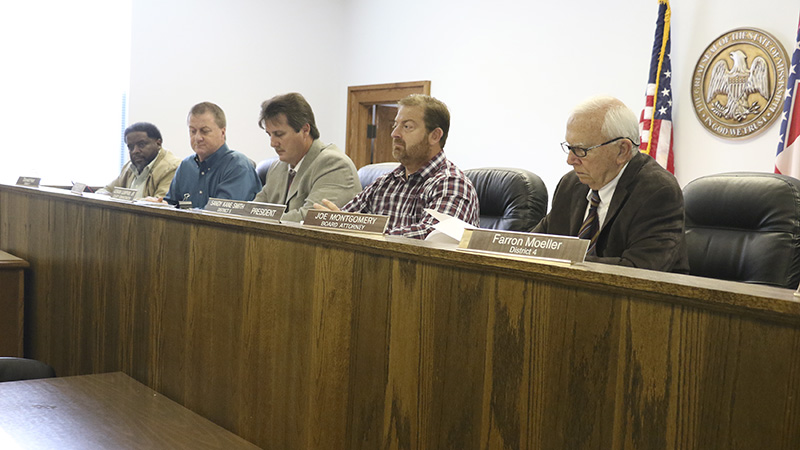 COUNTY BUSINESS: The Pearl River County Board of Supervisors approved a motion to enter into a Memorandum of Understanding to share in the cost to repair Jackson Landing Road with the city of Picayune. Photo by Jeremy Pittari

During Monday’s Pearl River County Board of Supervisors meeting, it was announced that the Board and Picayune’s City Council will enter into an agreement to share the expense of repairing Jackson Landing Road.

A portion of that road is in the city limits of Picayune, with the remaining portion being the responsibility of the county.

It’s been in a state of disrepair for a number of years, some of it is suffering from base failures, while other portions need a new coat of asphalt.

Les Dungan with Dungan Engineering, said that on Monday the Board signed its part of the Memorandum of Understanding that will allow repair work to move forward. District I Supervisor Donald Hart has been working with the city of Picayune to form that agreement, which will ensure both parties share in the expense.

Dungan said that the work will be conducted using county employees, so the only expense will be in materials, namely asphalt. It will be completed in two phases. In the first phase, the city and county will share the expense of paving two miles of the road. One mile is in the city limits. Dungan said the city’s portion of the expenses will be about $78,000, and the county will pay the remaining $45,900. That phase of the project will repair the road from the intersection of Grover Barrett Road to the intersection of Union School Road. The second phase will repair Jackson Landing from the intersection of Union School Road all the way to where road repairs were conducted last year in the county. The second phase will cost the county $63,120.

In other business the Board approved a motion to acknowledge a FEMA closeout worksheet associated with Hurricane Katrina expenses. County Administrator Adrain Lumpkin said that about $100 million was spent in this county after the storm, which was federal money. A majority of those expenses were associated with the removal of debris caused by the storm.