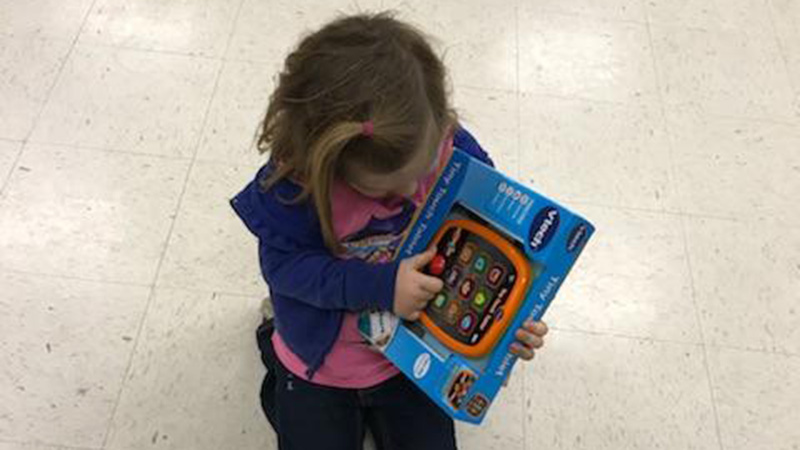 A number of disadvantaged children in Pearl River County received gifts as part of a fundraising effort held by a local bank, which was donated to Crossroads Food Pantry. Submitted photo

More than a dozen children had a Merry Christmas due to the efforts of employees at a local bank and volunteers with the Crossroads Food Pantry.

Sharron Bonnecarrere said the funding for the gifts for 19 disadvantaged children came from the efforts of employees at Southern Bancorp, who raised $1,440. She said that donation provided presents to the children the volunteer organization identified as being in need in the community.

Bonnecarrere said a party was held for the children earlier this month, where they were each given one present that they could open that day, and a bag of additional gifts for later.

The party was held in conjunction with assistance of members of the youth groups from Byrds Chapel United Methodist Church, New Heneleyfield Southern Baptist Church and Mitchell Chapel Church of God. Bonnecarrere said the children in the youth groups helped wrap the presents presented to those in need.

This is the fourth year the food pantry has conducted the fundraiser and party. Bonnecarrere said the party rotates between churches in the community each year.

“It’s just one thing we do to give back to the community,” Bonnecarrere said.

Also in the Christmas spirit, Crossroads Food Pantry gave out bags filled with socks, toiletries, cookies, blankets and other items to 32 senior citizens in the community as part of a separate volunteer effort.

Crossroads Food Pantry is a local volunteer organization that formed in 2015 to help citizens in need secure food. Bonnecarrere said the organization helps about 70 households every two weeks, serving more than 280 people in those homes. When they can, Crossroads also assists with utility bills, prescription costs and other needs.