Suspect flees, rumors of gunshots determined to be false 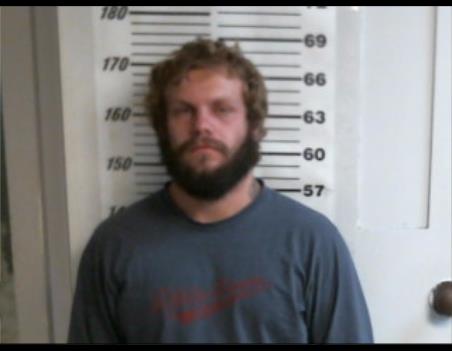 Picayune Police officers engaged in a vehicle chase Thursday evening where the suspect evaded capture by eventually fleeing on foot into the woods. The chase sparked rumors that gunshots had been fired in the area of a shopping center at exit 6, but Picayune Police Assistant Chief Jeremy Magri said those rumors are not true.

The chase began after officers received information that a suspect wanted by the Pearl River County Sheriff’s Department for grand larceny and possession of a weapon by a convicted felon had been located traveling north on Interstate 59 near exit 1 at about 4:15 that evening.

An officer staged up at exit 4 in order to catch up with the suspect vehicle, identified as a Mitsubishi Montero Sport, being driven by 22-year-old Marc Rice, of 13 Diamond Lane, Picayune. After locating the vehicle as it headed north on the Interstate, the officer pulled up behind Rice and followed him until backup was within a close proximity, Magri said. During that time, Rice pulled off of the Interstate at exit 6 and turned right onto Sycamore Road. At that point, the officer received word that backup was nearby, allowing him to activate his lights and sirens in an attempt to conduct a stop. Magri said that as soon as the officer turned on his patrol vehicle’s lights and sirens, Rice increased the speed of his vehicle and fled down Sycamore Road passing other vehicles in the left lane and forcing oncoming traffic onto the shoulder before slamming his brakes in order to turn onto Entrekin Road. As the vehicle made the turn, the officer was able to confirm that Rice was behind the wheel, Magri said. Rice then turned onto Flemming Road and entered a junkyard in the area. After driving through the property, Rice turned around to head back to Entrekin Road, Magri said.

As Rice approached Entrekin Road, backup units attempted to block his path, but had to move before being struck by Rice’s vehicle as it turned north down Entrekin Road. Rice then continued onto Michelle Road and then onto Allen Road, before entering a field and striking a tree in the wood line. At that point, Rice exited the vehicle and fled on foot into the woods, Magri said.

After an hour of searching the area, which included the assistance of the Pearl River County Sheriff’s Department and its K-9 division, and Constable Jason Hunt, officers called off the pursuit and submitted warrants for Rice’s arrest for reckless driving, failure to yield to blue lights and sirens and felony fleeing.

Magri said that during the search for Rice, he received a number of phone calls from community members stating they heard rumors that gunshots had been fired as a result of the chase. Magri said that the rumors are not true, and that Rice was never observed to be in possession of a firearm during the pursuit. However, Rice has allegedly made comments that law enforcement officers will have to kill him before he goes back to jail, Magri said.

The assistant chief would like to thank the deputies with the Pearl River County Sheriff’s Department and Hunt for their assistance in the search.