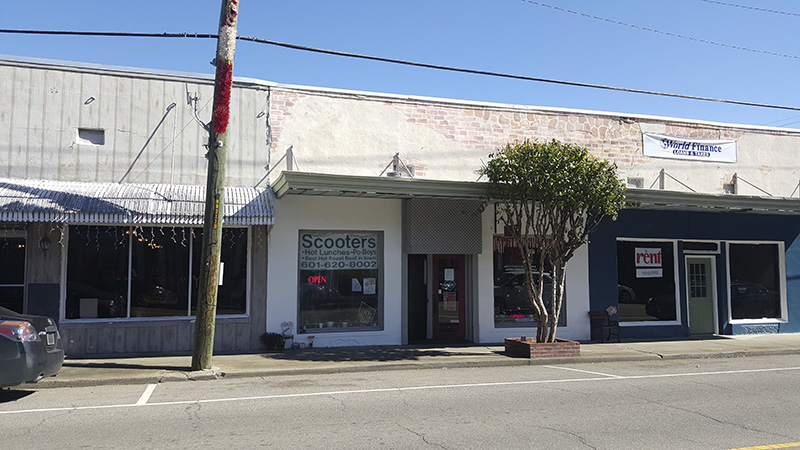 HOT LUNCH: Scooters in Poplarville has been providing hot roast beef po-boys, and a number of other dishes to the residents for the past seven years. Photo by Linda Gilmore

For the past seven years, Chemin Pitre and her dedicated staff have met the hot lunch needs of Poplarville residents with a touch of New Orleans style at Scooters Restaurant.

Pitre said that for her first business venture to make it that long is a testament to the menu and community.

“We don’t fry stuff, we don’t have a buffet and we’re not from here, so to make it seven years that is something,” Pitre said.

The business began as a chance meeting with the landlord of the building where Scooters operates. Pitre said that after she and her family moved to Pearl River County shortly after Hurricane Katrina, she and her landlord kept crossing paths and a conversation between them sparked the idea to turn his property into her restaurant.

She said the renovation work took 62 days, in part because there was nothing to start with in terms of equipment.

But now, her business is doing well, though faced with increasing competition. While the official business hours have been 11 a.m. to 2 p.m. most recently due to some family matters, she does rent the venue out to anyone for most any event. From wedding receptions, bridal showers and memorials, the building can accommodate a large crowd during off hours.

Pitre said her most popular item is the roast beef po-boy, but she also offers a daily lunch special.

“We always want you to leave with a full belly and money in your pocket,” Pitre said.

A less than bright spot of the seven-year anniversary is the reminder that Pitre lost a co-worker and dear friend to cancer in August of this year, Mary Jo Marsh.

“She did for everyone. She was a wonderful soul and I miss her every day,” Pitre said.

As she moves into her eighth year, Pitre said that she plans to extend her hours back to 11 a.m. to 5 p.m., Monday through Friday.

She’d like to thank the community who has supported her and her two employees for all these years.

“We’re just tickled that we’re still here after all these years.

Homeschoolers take a trip to the airport