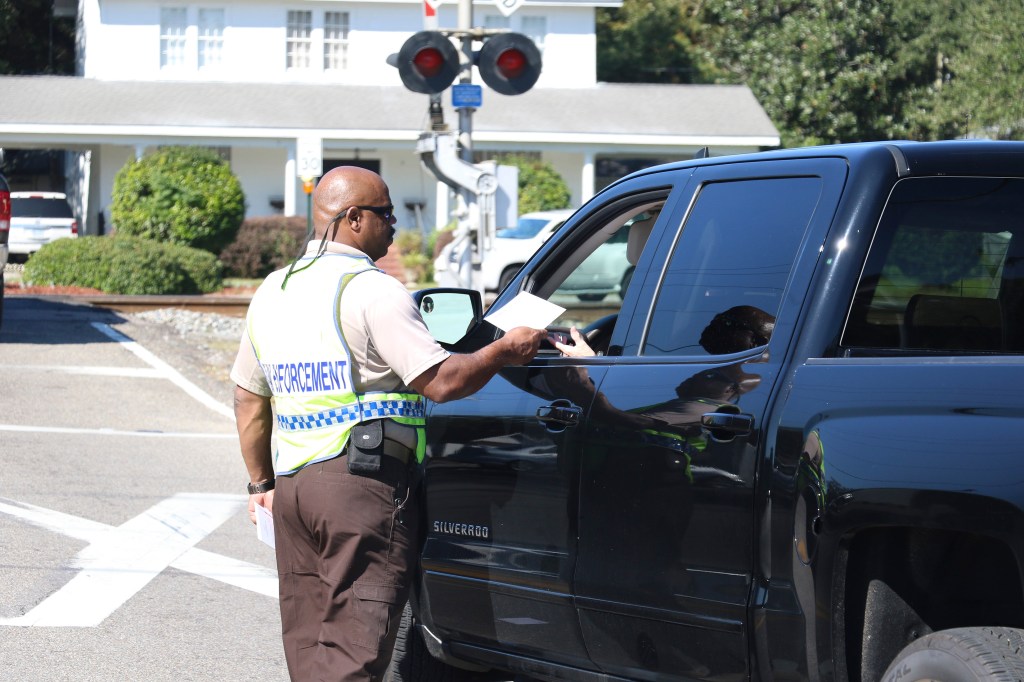 In an effort to promote safety at railway crossings, representatives with the Mississippi Department of Transportation and Mississippi Operation Lifesaver Inc. were at the rail crossing on Fourth Street near Highway 11 in Picayune handing out educational materials.

Kimbler Sloan, Executive Director of Mississippi Operation Lifesaver, said the effort was a partnership with her office and MDOT to entice drivers to pay attention when approaching rail crossings. As of July 31, there have been six fatalities associated with rail crossings nationwide, Sloan said. According to the information handed out, train vs vehicle collisions occur every two hours nationwide, and of those 20 percent occur at crossings that include active lights, gates and bells. Crashes between trains and cars are 20 times more likely to involve the death of the motorist.

The intersection where the handouts were provided Tuesday in Picayune is one of several in the area that are crossed numerous times a day, especially since the local schools are on the other side of the tracks, Sloan said.

She would like to remind motorists that passing through a rail crossing when a train is coming, such as when the gates are down and lights and bells are active, is like running a red light.

Information on the handouts states that if there are two or more tracks at a crossing, it’s always a good idea to look both ways before crossing after one train has passed, since a second train could be coming from the opposite direction.

Also, avoid stopping on the tracks. If for some reason a vehicle stalls on the tracks, exit the vehicle immediately and then call 911 for assistance.