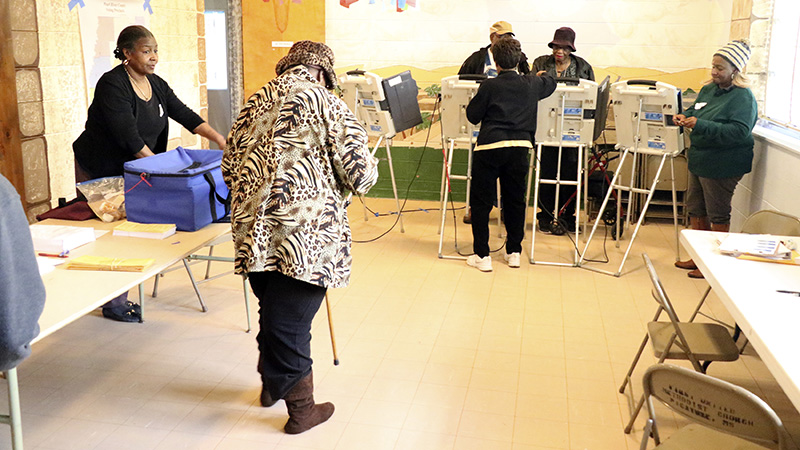 CASTING A BALLOT: Turnout was steady during Tuesday’s runoff election at this precinct in Picayune, located in the First United Methodist Church of Picayune. Two races were on the ballot, one for the 10th Chancery Court Judge Place 4 and the other was for the U.S. Senate seat vacated by Thad Cochran. Photo by Jeremy Pittari

Turnout was steady during Tuesday’s runoff election to determine who would fill the seat for U.S. Senate vacated by Thad Cochran.

Earlier this year, Cindy Hyde-Smith was appointed to that position by Gov. Phil Bryant. Tuesday’s election determined who will finish out the final two years of Cochran’s remaining term.

According to information from the Pearl River County Circuit Court Clerk’s office, turnout was about 38.81 percent during Tuesday’s runoff.

These results do not include absentee or affidavit ballots.