Firefighter, Police Officer of the Year named during banquet 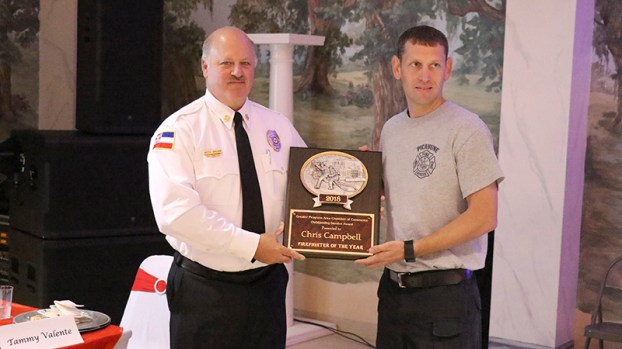 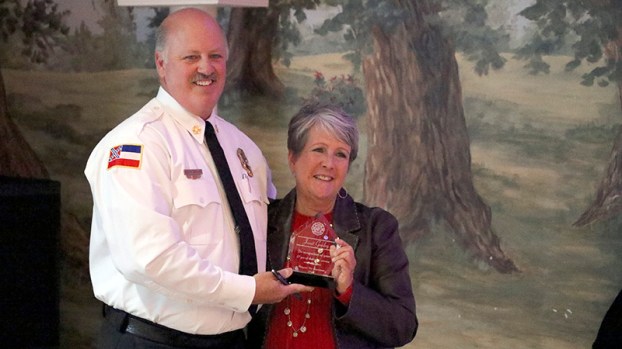 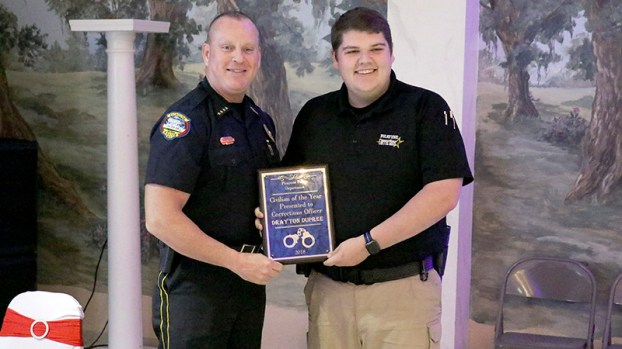 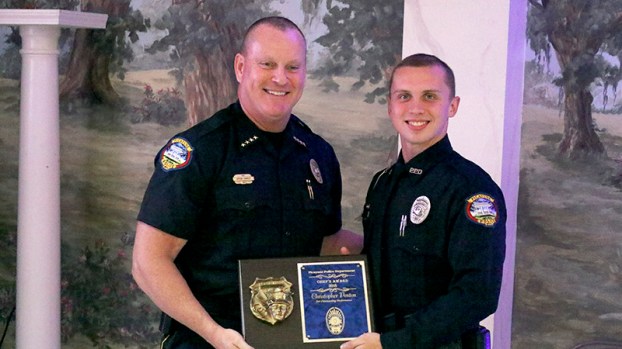 Fire Chief Keith Brown started the awards off with the Firefighter of the Year. He said that this year’s recipient, Christopher Campbell, has been a member of the department for the past decade. Brown said that Campbell continually enrolls in continuing education courses at the state fire academy, demonstrating his strong work ethic and dedication to the city. Brown described Campbell as a firefighter with a positive attitude, arriving and leaving each shift with a smile on his face.

Brown also took a moment to issue a surprise recognition not listed on the program, an Appreciation Award to Janet Guidry, who has worked for the city and Fire Department for the past 27 years. He said that every department has a strong woman who works behind the scenes, and Guidry fills that role for the Fire Department as the department’s Executive Assistant.

Police Chief Bryan Dawsey then took the podium to issue awards to some staff in his department. Even though he could only issue a few awards, he told the men and women of his department that he recognizes all of their hard work, and said it takes a team of dedicated professionals to protect Picayune.

He said that it is their hard work that makes him look good in the public eye.

He started the awards with the Civilian of the Year, which was awarded to Drayton Dupree. Dawsey said that Dupree began his employment with the Police Department as part time at the age of 18 in March of this year. And in that short time was promoted to full time in August of this year. Dawsey said Dupree goes above and beyond his regular duties and always arrives and leaves with a smile on his face.

Dawsey then awarded the Chief’s Award to Christopher Penton, who was described as a person with high moral character and a willingness to help others. Dawsey added that Penton began his career with the department in May of last year, and in that time graduated from the police academy where he ranked in the top three. He also had a near perfect score in the firearms training course, making Penton an expert marksman.

Dawsey’s final award was to Joshua C. Stockstill, who is this year’s Police Officer of the Year. Stockstill started his career with the department in 2010 as a corrections officer. Four years later he was promoted to the rank of patrol officer due to his work ethic and dedication, Dawsey said.  Stockstill was not in attendance to accept the award due to being under the weather, Dawsey said.