ACT scores on the rise in Picayune 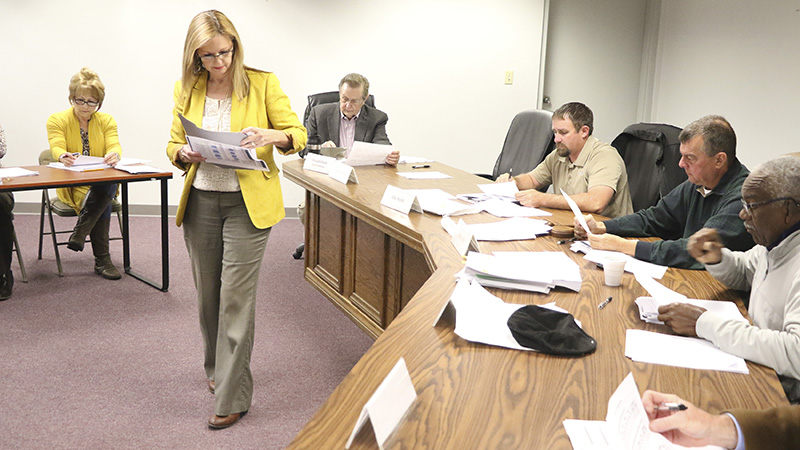 During Tuesday’s Picayune School Board of Trustees meeting, it was announced that the Mississippi Association of School Administrators recognized Dean Shaw for being selected as one of five finalists for Superintendent of the Year.

After that announcement was made, Patricia Smith, Assistant Principal at Picayune Memorial High School, updated the Board about ACT scores.

She said that back in the 2014-15 school year, the District wide average was above the state-wide average for juniors taking the test. However, mandates set forth the following year mandated that all juniors, regardless if they intended to attend college or not, would have to take the test. That mandate brought the state and District averages down, as reflected in the 2016-17 scores.

She said that it also caused the District’s average to fall below the state average, in part because special education students are now required to take the test, and those students are not given special accommodations when doing so.

According to information from ACT.org, the state’s average composite score at the end of 2017 for graduating seniors was 18.6. The national average was 21. The link to results from each district on the Mississippi Department of Education’s website was broken as of press time Wednesday.

In response to the changes, the District’s leaders put their heads together to come up with a plan of action to bring the average up, which led to the formation of ACT prep courses in the areas of English, math, reading and science.

Smith said that projections show that the growth will continue through this year.

In other business, the Board approved a motion to apply for a $5,000 grant from Ingalls Shipbuilding for the District’s robotics program.

The Board also approved a motion to accept a grant from Blue Cross Blue Shield of Mississippi worth $1,191, which will be used at the Junior High School to purchase physical education equipment.