Hill updates Exchange Club of Picayune on One Lake 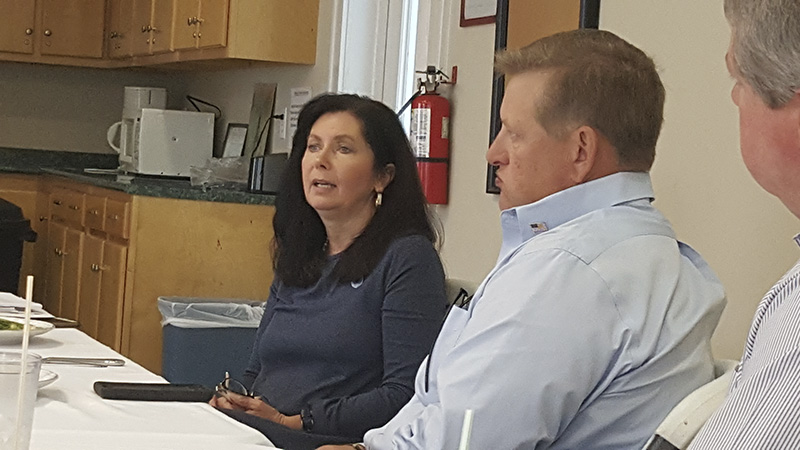 State Senator Angela Hill shared some updated information concerning efforts to ensure any projects along the Pearl River do not negatively affect flow or other aspects of the river. Photo by Jeremy Pittari

State Senator Angela Hill shared some information with members of the Exchange Club of Picayune recently pertaining to aspects of the Pearl River.

One of Hill’s major concerns is the negative effect the One Lake project in the Jackson metropolitan area will have on the Pearl River. The plan is to damn up a portion of the river to create a lake that was pitched as a flood control measure during a public hearing held in August of this year.

Previous coverage of the project as part of that public hearing stated that the project, officially called Pearl River Basin Mississippi Flood Risk Management Project, would be submitted for approval by early 2019.

The project, which is also commonly called the “One Lake” project, is now said to be on hold, Hill said last week.

“They were basically trying to slide this thing on through,” Hill said.

Part of the reason for the project being put on hold is because a full environmental study will need to be completed, which was not done prior to the public hearing in August.

Hill also said that there are concerns due to rumors concerning the possibility of a creosote site being within the proposed project area where dredging would occur.

According to information provided during the public hearing, the project would entail dredging a section of the Pearl River within the Jackson municipal limits to make the river deeper and widen the banks.

While the project was touted as a “flood control measure first and foremost,” a representative of the law firm Watkins & Eager, Keith Turner, said at the public hearing that the property along the banks of the newly constructed lake would be sold for development to offset the cost of the lake’s construction.

In spite of promises from supporters of the project stating creation of the lake will not affect the flow of the river downstream, Hill said she is reticent to believe them because the same promise was made concerning the Ross Barnett reservoir, which Hill said has negatively impacted the amount of water that flows south. Hill said she is also concerned for the endangered species that live in the area.