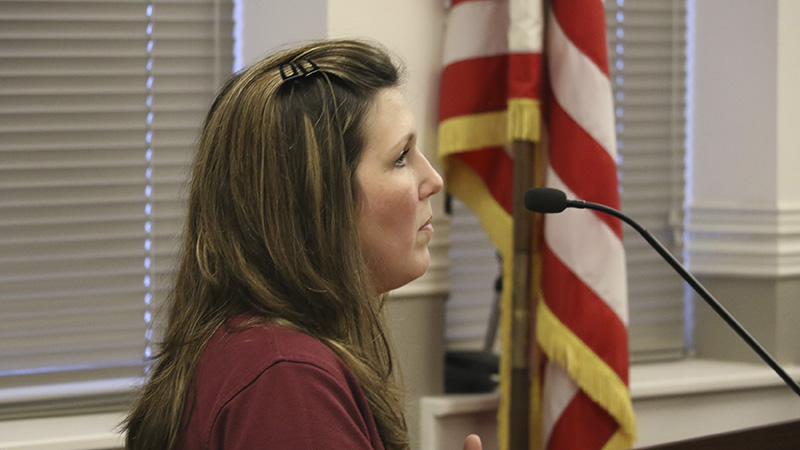 URGENT NEED: Municipal Court Clerk Lisa Lee Albritton asks the City Council to approve an emergency appointment during Tuesday’s meeting so she can hold court the next day. Photo by Jeremy Pittari

At the end of Tuesday’s meeting of the Picayune City Council, the Council approved a motion to amend the agenda to make an emergency appointment to the municipal court.

Municipal Court Clerk Lisa Lee Albritton said the reason for the emergency appointment was due to the fact that the county prosecutor, Aaron Russell Jr., is dealing with a medical issue preventing him from appearing in court on Wednesday.

His absence puts the city in a situation where a recent arrestee would be unable to have a preliminary hearing as mandated by Constitutional law. City Attorney Nathan Farmer said the Council would be protecting itself from potential litigation by moving forward with the appointment.

After the situation was explained, the Council unanimously approved a motion to appoint Manya Creel Bryan to act as a temporary county prosecutor. Bryan is a retired assistant district attorney and currently practices law for a private firm.

Municipal Court Judge Gerald Cruthird said the reason a current assistant district attorney from the 15th Judicial District could not fill in was due to a high case load in the local Circuit Court.

In other business, the Council also approved a motion to exempt ad valorem taxes for Huey P. Stockstill LLC for a period of 10 years. Councilor Wayne Gouguet said the exemption applies to new equipment installed at the business’ new location on Beech Street, with a true value of about $4.5 million. The exemption approved by the Council will not exempt the company from county or Picayune School District taxes, Gouguet said. The exemption will begin in January of the coming year.

See Thursday’s edition of the Item for more on Tuesday’s meeting.