Suspect in murder case not issued bond, told to pay for own attorney 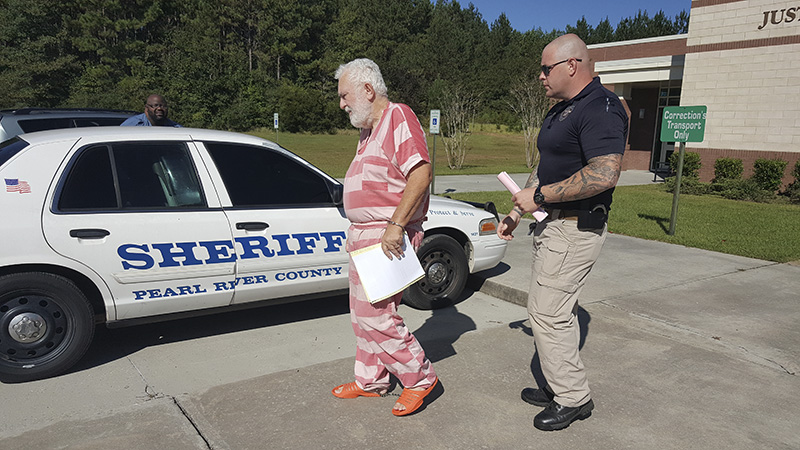 During his initial appearance in Pearl River County Justice Court, 61-year-old Charles Bowman was denied bond and determined to be financially able to hire his own legal counsel.

Assistant District Attorney Clay Cranford for the 15th Circuit Court of Mississippi represented the state during Wednesday’s proceedings. He asked Breland to deny bond due to the fact that the remains of Bowman’s wife, 61-year-old Kathleen Bowman, were found in a charred state and also because Bowman already fled from law enforcement in relation to the case against him. It took a cross-country investigation that involved the U.S. Marshals Service to capture him at a Utah campground, Cranford said.

When Judge Breland asked Bowman if he could afford his own legal counsel, he said he could not. However, when asked about his bank accounts and overall financial status, it was discovered that Bowman owns his own home debt free, has another home in Utah, and has $50,000 in the bank.

After reviewing all of the information presented, Breland decided to deny bond.

Bowman is being held on several charges, one of which is first-degree murder in relation to the death of his wife. He is also being held for providing false information to a law enforcement officer, tampering with physical evidence and felony aggravated assault, according to previous coverage.

The case began back in July when family members reported that Kathleen Bowman had not been seen for some time. Charles Bowman fled before a warrant for the home could be obtained, but in that search the investigators found Kathleen Bowman’s remains, which had to be tested to determine identity.

Charles Bowman was on the run for about two weeks before being captured, previous coverage states.