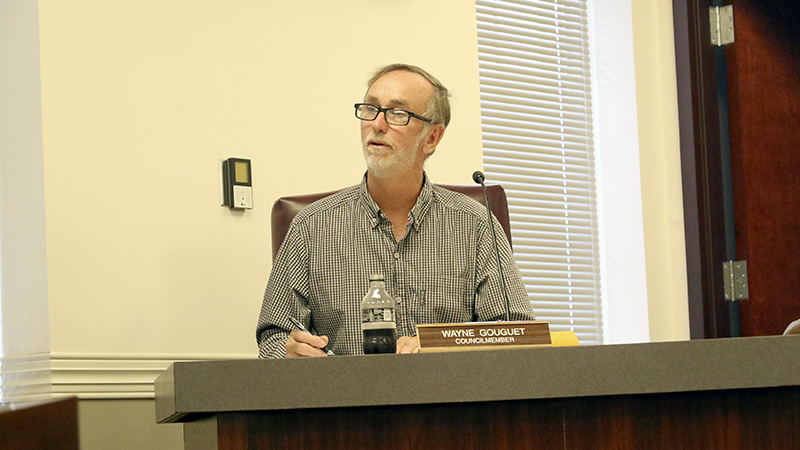 MAINTENANCE: Councilor Wayne Gouguet asks if the frequency of grass cutting in the city will increase in key areas. Photo by Jeremy Pittari

Picayune’s City Council held an early meeting Tuesday to declare a state of emergency ahead of Tropical Storm Gordon, approve the next fiscal year’s budget and accept grant funding associated with work at the municipal airport.

City Clerk Amber Hinton said the budget approved during Tuesday’s meeting included the same figures as the proposed budget presented at the last meeting held on Aug. 21, which was said not to include an ad valorem tax increase.

Before the budget was approved, Councilor Wayne Gouguet asked if money had been set aside to cut the grass at the entrances of the city more than once a month.

Public Works Director Eric Morris said that the plan is to now cut those areas, along with public parks, at least twice a month.

The only capital improvements added to the budget include construction of the new fire station at the end of Goodyear Boulevard, drainage repair along Memorial Boulevard and purchase of a vehicle for the utility department, Hinton said.

Hinton said that $900,000 from the cash balance fund will be used to balance the budget for the capital improvements, which includes $400,000 to build the new fire station.

According to previous coverage, the Fire Department will repay the cost to build the new fire station over a period of several years using fire insurance rebate funds. Those funds have previously been used to keep fire trucks up to date.

Supervisors name new person to Utility Authority Board of…