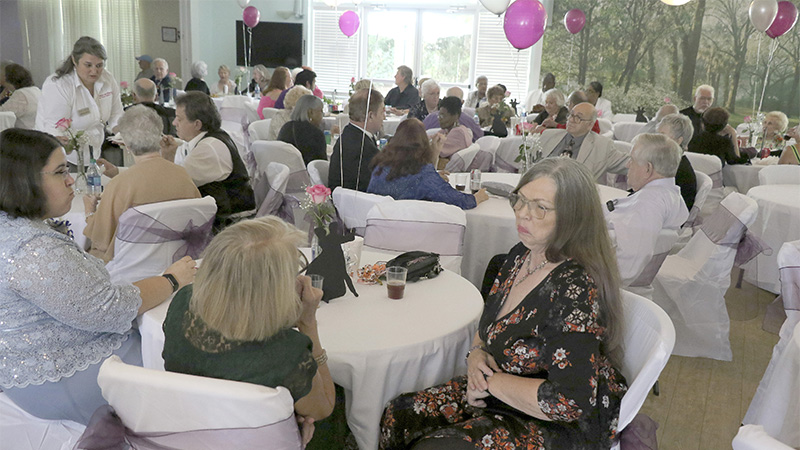 About 100 people attended the eighth annual prom held at the Senior Center of South Pearl River County held Thursday at the center. It featured plenty of food, dancing and changes to socialize. Photo by Jeremy Pittari

The eighth annual event drew close to 100 people, and included a live band, food, fellowship and a chance for couples to pose for photographs.

In the back room of the facility, attendees could pose for a photograph taken by a professional photographer that would commemorate the day.

Gathered in the center, all of the couples were dressed to the nines. Men in suits sat with or danced with women dressed in ball gowns.

Anyone who did not have a ball gown could pick one from an extensive collection that was donated by community members, Sykes said.

Throughout the center, people could be seen dressed in their best suits to match their date’s ball gowns.

The attendees enjoyed a few songs, many of whom took to the dance floor, in between breaks where they could socialize.

Sykes said that volunteers helped decorate the facility to get it ready in time. Faith Cooper said it took about two days to get the decorations up and to dress up the tables and chairs