No tax increase proposed in Picayune 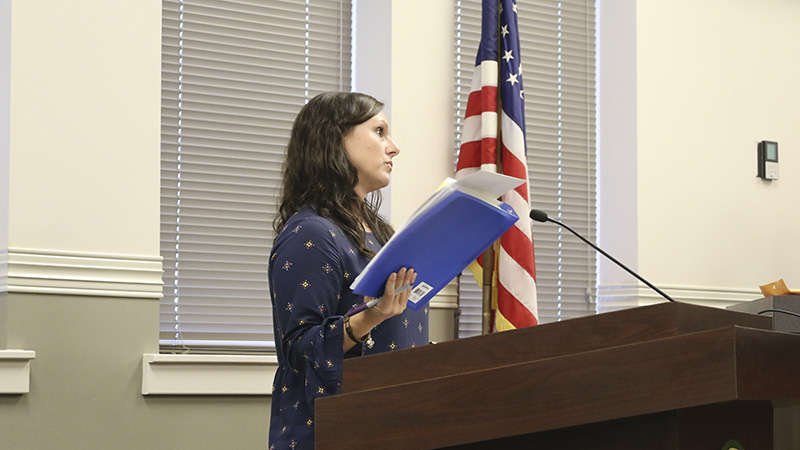 BUDGET PROPOSAL: City Clerk for the city of Picayune Amber Hinton covers the details of a proposed budget for the next fiscal year that does not include an ad valorem tax increase. Photo by Jeremy Pittari

Members of Picayune’s City Council held a budget hearing during Tuesday’s meeting to discuss a proposed budget that includes a three percent cost of living increase for employees, but no ad valorem increase.

City Clerk Amber Hinton said the proposed budget is very similar to last year’s, but does include an expected increase to sales tax revenue.

The budget also includes using $8.7 million of beginning cash. The amount derived from sales tax collection was not included in the documentation provided to the public during the meeting.

A final version of the budget will be approved during the first meeting in September, Hinton said. She added that the cost of living increase does not apply to the Council and mayor’s pay.

The Council also approved a motion to adopt a resolution requesting the state Legislature divert a portion of sales tax collected from Internet purchases back to the city.

While Hinton couldn’t provide accurate numbers since the exact figures of Internet sales within the city and state are unavailable, she did say that if the Legislature did decide to start diverting a portion of those sales to municipalities, receiving that money would, “help our city tremendously.”

— Approved a request from the Krewe of Pearl to set the route for a Mardi Gras parade set for Feb. 9, 2019.

— Adopted the Keep Picayune Beautiful logo, which will enable the city to participate in the Keep Mississippi Beautiful campaign and apply for grant funding.