New taxiway to be built at airport 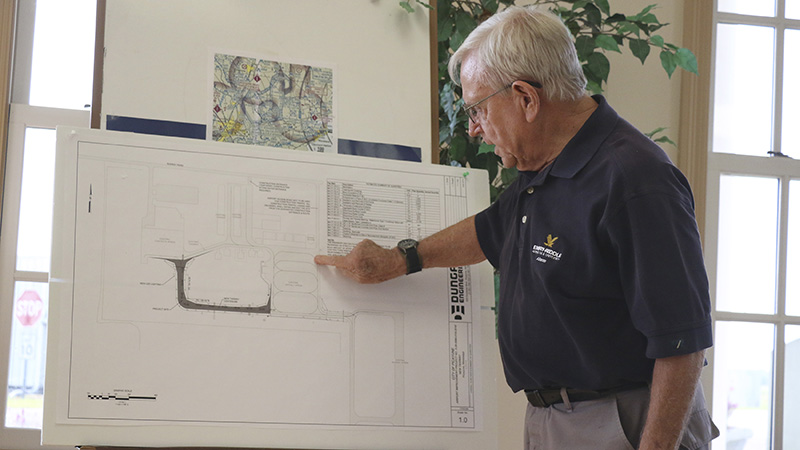 IN THE WORKS: Andy Greenwood, Picayune’s airport manager, shows the plans for the construction of a new taxiway that will separate helicopter and fixed wing traffic. Photo by Jeremy Pittari

To protect the fixed wing aircraft and the T-hangar tenants at the Picayune Municipal Airport from helicopter rotor wash, the Federal Aviation Administration approved a grant to build a new taxiway.

Airport Manager Andy Greenwood said the purpose of building the taxiway is to keep larger helicopters from having to taxi from the runway through the area where fixed wing airplanes are parked, keeping the rotor wash from affecting the fixed wing aircraft at the airport. The new taxiway also keeps the helicopters from having to taxi next to the T-hangars, which prevents debris such as rocks from being blown into them.

Other improvements are planned at the airport, the first of which will aim to minimize bird populations around the airport to prevent bird strikes. It will involve spraying the fence line and ditches to kill the grass, which will cut down on the vermin population and grass seed that attracts certain birds.