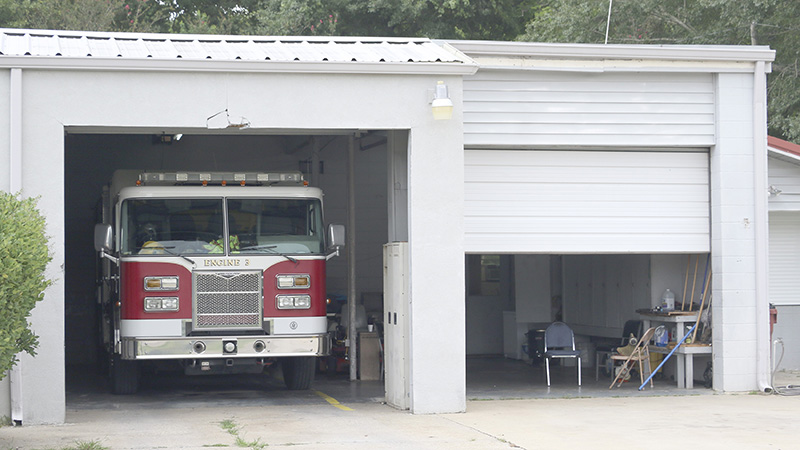 READY FOR REPLACEMENT: This fire station on Palestine Road in Picayune is in a state of disrepair. Photo by Jeremy Pittari

Construction of a new fire station at the end of Goodyear Boulevard is poised to move forward, but has not been officially approved.

The proposed 4,400 square foot facility may lose between 200 to 300 square feet due to changes required to the layout.

Fire Chief Keith Brown said that the changes are required because the cost of construction increased as a result of an uptick in the price of steel over the past 6 months.

Brown said an architect made the suggestion to build the facility out of wood instead to cut costs. That change should not affect the safety or functionality of the new station.

Estimates for the cost of the facility are about $400,000, but Brown said he wouldn’t know an exact cost until bids are approved.

His plan is to have the city pay for the construction up front, and reimburse that expense through fire insurance rebate funds, which are received every year. Those rebates range from as high as $80,000 per year to half that amount at times. Still, Brown estimates by using those funds, the construction of the facility can be repaid in seven years at most.

Typically those funds are used to buy new fire trucks for the department, but Brown said the engines being used now should last for about seven years.

City Clerk Amber Hinton said there is enough in the city’s reserve account to pay for that construction up front until the expense can be reimbursed.

Councilor Larry Breland expressed concern with using wood instead of steel and asked Brown to provide cost comparisons at the next Council meeting.

Once the Council comes to an agreement on the materials to use, Brown said it will take about 40 days to go out for bids and about 8 months to build the station.

In a separate matter, the Council approved a motion to abandon 10 feet of a 35 foot easement on the east side of River Road to allow the sale of the building occupied by Fireman’s Federal Credit Union to proceed. The matter was brought before the Council by Public Works Director Eric Morris, who said it came to the city’s attention after a survey was conducted as part of the sale of the building. During the survey, it was discovered that the west wing of the building is inside the city’s right of way.

Since there are no city utilities within that part of the easement, Morris said it would be safe for the city to abandon ten feet and still have access to those lines through the remaining 25 feet.

Fatal collisions can be prevented