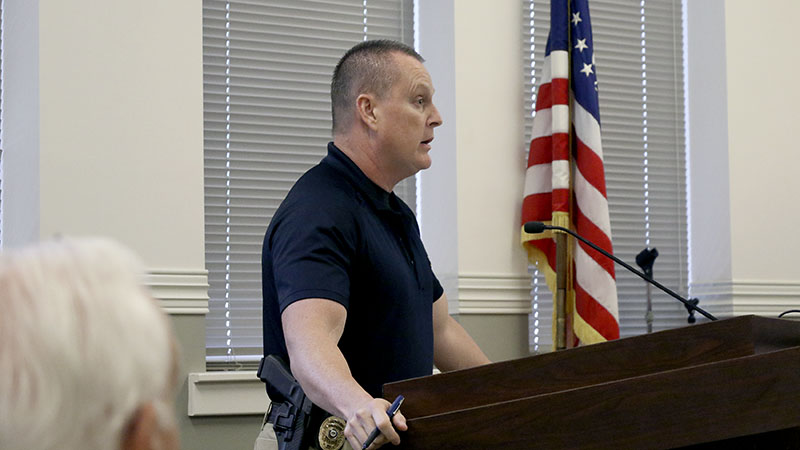 Garbage pickup within the city limits of Picayune will be handled by a new company starting in September.

The change comes after the Picayune City Council approved a motion to enter into a four-year contract with Coast Environmental Services during Tuesday’s meeting.

City Clerk Amber Hinton said she does not anticipate rates charged to city residents to change as a result of the new contract.

Public Works Director Eric Morris said each city resident will be provided with a new garbage cart as part of the change. Residents may start to receive those carts about three weeks before Coastal Environmental Services begins picking up solid waste from the homes. Coastal Environmental Services President and CEO Darin “Gus” Bordelon advises all residents to not use the carts until after Sept. 1, to ensure their trash is still collected by the current contractor.

As part of the change, city employees will no longer pick up refuse, such as limbs, leaves and old furniture. That service will be the responsibility of Coast Environmental Services, Morris said. City employees will continue to pick up white waste, which is large appliances, tires and scrap metal.

Flyers are being drawn up to distribute to city residents to clearly outline the changes.

Curbside recycling services will continue under the new contractor, who will provide a new recycling bin the same size as the current one, 18 gallons.

Morris said the change should increase the efficiency and quality of the service in that carts will be maintained and homes will not be missed on collection day. Bordelon said that will be achieved through proper management.

The contract also includes handicapped services for residents who need it.

Police Chief Bryan Dawsey said he is in the process of interviewing people to fill the extra three positions the District requested so he can send them to training prior to working at the campuses.

The extra officers will ensure there is at least one school resource officer at each campus within the District.

The Council also revisited a previous request to install water service to an area of the city where an office building will be constructed along Highway 11 near the intersection of Meadowgreen Boulevard.

Morris suggested the Council include the installation in an upcoming water improvement project to save the city about $50,000 in expenses incurred if the city were to install that water main separately. While Morris could not give an exact date when the water improvement project would begin, he did say he expects it to begin sometime this year. Even though that would delay installation of the requested water main, Morris said crews could complete that installation before moving on to other aspects of the rehabilitation project.

Fire Chief Keith Brown said that adding the water main to that area will also improve fire services by providing reliable access to a fire hydrant.

The next Council meeting will be July 3 at 5 p.m.