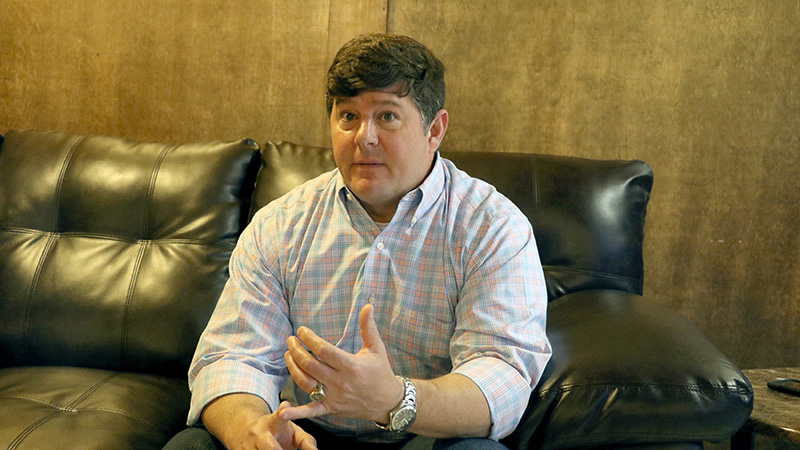 This article has been corrected to reflect that the amount allocated to construction of the wall is $1.6 billion, not million

U.S. Representative Steven Palazzo is on the campaign trail and one of his stops last week was Picayune.

Before attending a private function in town, Palazzo sat down with the Item to share some of the work being done in Washington.

Palazzo said that one of the things he feels was successful were the tax cuts recently enacted by the Trump administration. Palazzo said those cuts led to companies announcing bonuses for employees and he’s also seen capital investments moving back to the United States. When asked about the temporary nature of the tax cuts to individuals, Palazzo alluded to the fact that the government could extend the cuts if it chose to.

In relation to securing this nation’s border, Palazzo said that $1.6 billion has been set aside to expand the wall between America and Mexico.

On the local front, Palazzo said he plans to put more money into the fight against drugs, including the opioid crisis. That effort will also involve going after those who sell drugs. Palazzo said drug dealers deserve the death penalty.

When asked whether he believes teachers should be armed to protect against school shootings, Palazzo said he feels those decisions should be made at the local level, but does feel that personnel with the proper training could have that option.

With the legislative session for the year now at an end, Palazzo said he feels the government should do away with legislative filibusters because they are currently being used as a political tool to kill a bill.

“All they got to do is have one senator say he wants to filibuster a bill,” Palazzo said.

Palazzo is up for reelection this year. He will be running against fellow Republican E. Brian Rose, Democrat Jeramey Anderson and Lajena Sheets of the Reform Party.

The primary election is June 5, with the general election planned for Nov. 6 of this year.